The bombing of a Russian border facility with Ukraine..no injuries 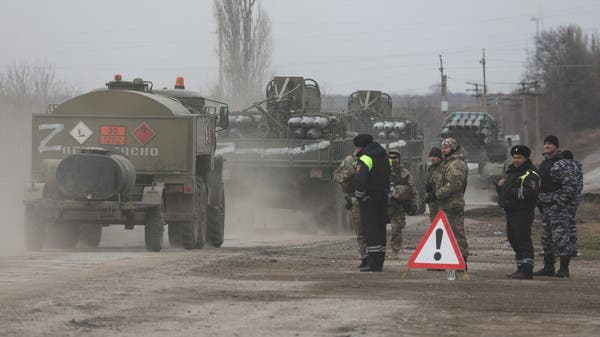 As the Russian-Ukrainian conflict continues for the 65th consecutive day, the governor of the Russian Bryansk Province revealed that a border guard facility was bombed from inside Ukrainian territory, on Friday.

The governor of the province, Alexander Bogomaz, stated on his channel in the “Telegram” application that the mortar shelling targeted a center of the Border Guard Administration of the Russian Federal Security Service, in the town of Belaya Berezka.

Bogomaz also clarified that the bombing did not leave human casualties, but it damaged the water and electricity supply lines, stressing that restoration work had been carried out to resume supplies, according to what was reported by “Russia Today”.

The governor of the province indicated that the bombing caused the uprooting of a tree in a local cemetery.

It is noteworthy that the incident is not the first in recent times that Russian areas adjacent to the borders of Ukraine have been bombarded from the opposite side of the border, against the background of the special military operation that Moscow has been continuing on the territory of Ukraine since last February 24.

A few days ago, the governor of Bryansk Province accused the Ukrainian army of bombing a Russian town 10 km from the common border between the two countries, injuring civilians.