The British ambassador reveals an international resolution on Yemen 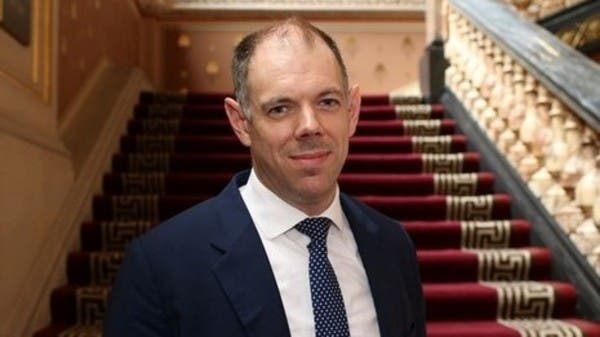 The British Ambassador to Yemen, Richard Oppenheim, considered the truce announced in Yemen under the auspices of the United Nations “a golden opportunity, for the parties to the conflict to implement its provisions and prepare for a comprehensive and sustainable peace.”

He revealed a British draft resolution to replace UN Security Council Resolution No. 2216 on Yemen, stressing that the Security Council will be ready to issue the new resolution “when there are real consensus on a political settlement between the parties in Yemen.”

This came during an interview with the British ambassador in a virtual discussion session organized by the Tamdeen Youth Foundation, with the participation of more than 100 NGOs, a number of activists and journalists, on the UK’s vision for peace in Yemen and the role of civil society organizations on this path.

Oppenheim stressed the need to find appropriate solutions to the outstanding issues between the conflicting parties in order to establish the humanitarian truce and work to extend it.
He added, “International mediators continue to work with the office of the United Nations envoy, Hans Grundberg, in order to push the Yemeni parties towards the success of the truce, and to find a solution to the dispute between the Presidential Council and the Houthis over passports that led to the faltering resumption of commercial flights through Sanaa International Airport.”

He explained that international efforts are also focused on opening roads in Taiz and the rest of the governorates to alleviate the suffering of civilians and enable them to have their right to freedom of movement.

And he added: “Access to the city of Taiz now takes 10 hours, during which civilians experience troubles and dangers on the mountain roads, after reaching the city only took a few minutes.”

He also stressed that “the continuation of the siege imposed on the city of Taiz by the Houthis is not acceptable.”

The British ambassador urged the parties to the conflict in Yemen to proceed with completing understandings on the exchange of prisoners, and to abide by human rights principles and international covenants.