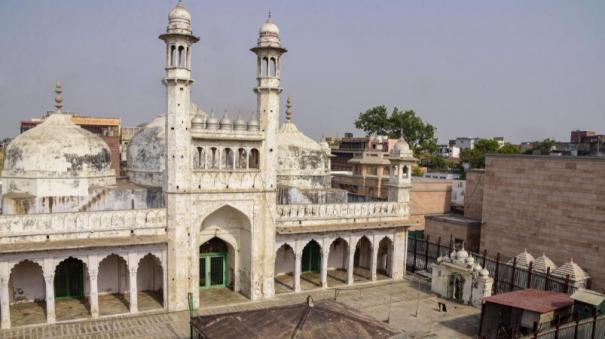 Varanasi: The Varanasi District Court has ruled that the case filed by 5 Hindu women seeking permission to visit Goddess Singhara Gauri at the Gyanwabi Masjid is fit for trial. The judge dismissed the Anjuman Committee’s petition on behalf of the mosque.

Located adjacent to the legendary Kashi Vishwanath Temple in Uttar Pradesh – Varanasi is the Gyanwabi Masjid. It is said that the Mughal emperor Aurangzeb demolished the temple there and built a mosque there. While the lawsuits are going on, 5 Hindu women have filed a lawsuit demanding permission to worship Goddess Singarak Gauri in Kashi Vishwanath Temple every day. Singara Gauri Amman idol is on the compound wall of Gyanwabi Masjid and is allowed to worship the Goddess only once a year.

In this situation, the civil court heard the petition of the Hindu women and ordered a field survey to be conducted inside the mosque. Against this, the Anjuman Indajamia Committee, the mosque management, had demanded that the field survey should be banned under the Central Places of Worship Protection Act, 1991. The Supreme Court heard their petition and transferred the case to the Senior Judge of Varanasi District Court.

Earlier in the field survey conducted at the mosque, a Shiva lingam was found in the middle of the osukana there. Thus, the Supreme Court ordered the Varanasi Civil Court to continue the order to seal Osukana.

In this situation, Judge Vishwesh had adjourned the judgment of the case to September 12 after both sides had concluded their arguments on whether the mosque can be prosecuted under the Protection of Places of Worship Act, 1991.

Meanwhile, as the verdict was announced today, police security has been beefed up in Varanasi and Prohibitory Order 144 has been issued. Peace has been assured in the state. Police are on patrol. Law and Order ADG Prashant Kumar said that religious leaders have issued a statement asking people to maintain peace.