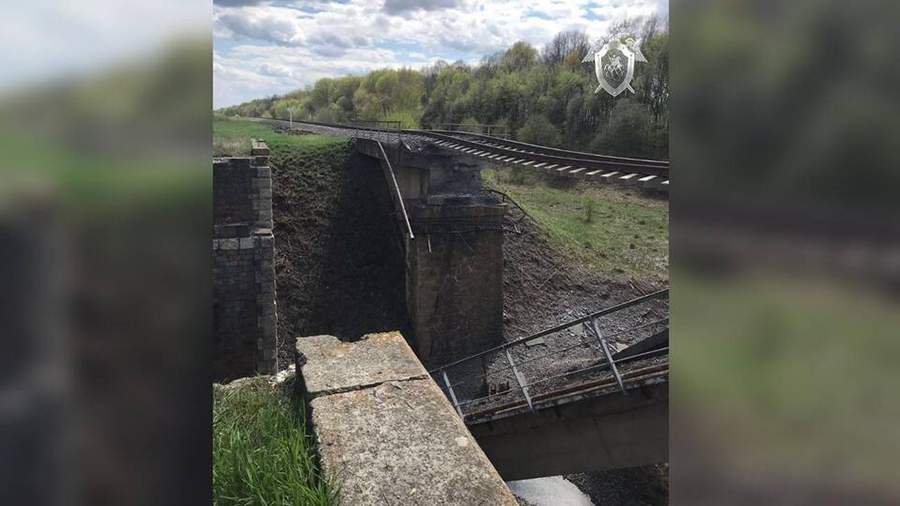 The Main Investigation Department of the Investigative Committee of Russia opened a criminal case under Art. 205 of the Criminal Code of the Russian Federation (“Terrorist act”) after blowing up a bridge in the Kursk region. This was reported in the department on May 1.

As the investigation established, on May 1, on the structures of the railway bridge, which is located on the 67th km of the Sudzha-Sosnovy Bor railway near the village of Russkaya Konopelka, Sudzhansky district, Kursk region, an explosive device was planted and activated.

At the site of the collapse of the structure, work is already underway to restore it. A special recovery train from the Kursk station and a track machine station arrived at the scene. The railway workers plan to first clear the site of damage to the infrastructure, then dismantle the rail and sleeper grid, and then begin installing the supports and the span structure of the bridge. After that, a new railway track will be laid.

A partial collapse of the railway bridge structure was reported earlier in the day by the governor of the region, Roman Starovoit. According to him, there were no casualties as a result of the incident. The governor pointed out that this railway line was used for the movement of freight trains. Starovoit later added that the collapse of the railway bridge in the Kursk region was the result of sabotage.

Prior to this, it was reported that on the night of April 27, a Ukrainian unmanned aerial vehicle was intercepted in the sky over the Kursk region. Before that, on April 25, in the village of Borovskoye, Rylsky district, Kursk region, Russian air defense crews shot down two Ukrainian drones.

Since April 11, in several regions of the Russian Federation bordering Ukraine, an increased level of terrorist threat has been introduced against the backdrop of possible provocations by the Ukrainian armed forces. The “yellow” level was declared in five northern and two eastern regions of Crimea, in two regions of the Krasnodar Territory, in the territories of the Belgorod, Bryansk, Kursk regions and in two regions of the Voronezh region.

On February 24, Russia launched a special operation to protect the civilian population of Donbass. As the press secretary of the President of the Russian Federation Dmitry Peskov clarified, the goals of the special operation are also the demilitarization and denazification of Ukraine. According to him, both of these aspects pose a threat to the Russian state and people.