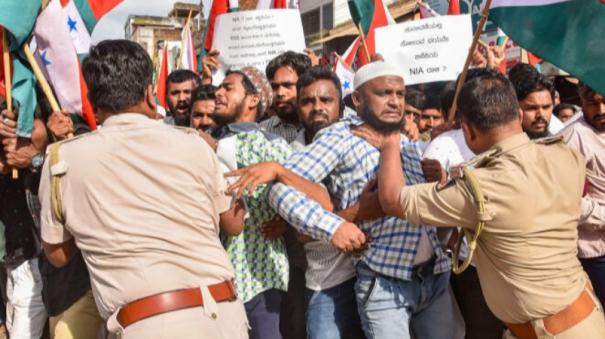 New Delhi: On 22nd, NIA officials conducted raids at places related to BFI organization. Prior to that, on the 17th, National Security Adviser Ajit Doval is said to have met the leaders of major Muslim organizations.

Ajit Doval and intelligence officials reportedly met with leaders of major Muslim organizations, including the Deobandi, Barelvi and Sufi sects of Islam, to discuss the allegations against the BFI.

Spiritual leader of Ajmer Dargah Zainul Abidin Ali Khan says, “The move by the central government is welcome. Those who seek to divide the country, disrupt unity and sovereignty and peace have no right to live here,” he said.

All India Muslim Jamaat chief Maulana Shahabuddin Razvi Barelvi said in a video released that “the action taken to prevent the act of extremism is correct”.