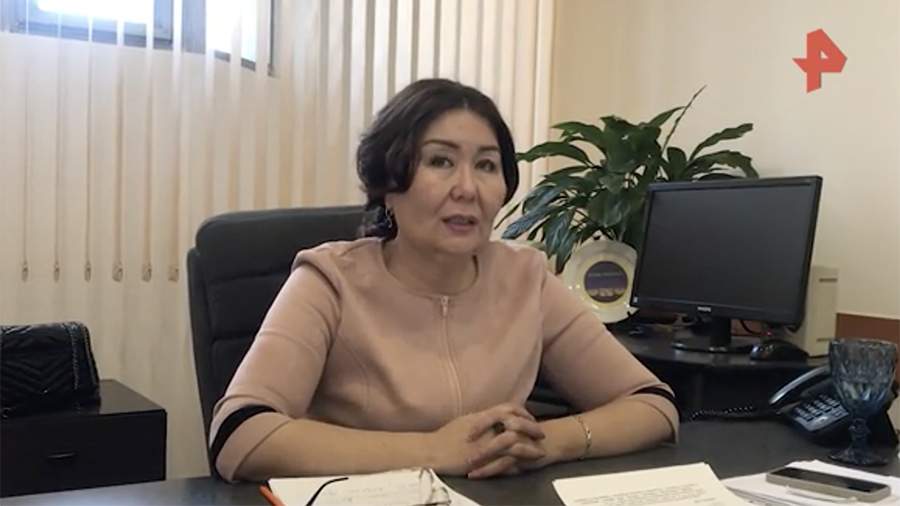 The Central State Museum of Kazakhstan was almost destroyed during the riots that took place in Alma-Ata. On Saturday, January 15, Deputy Director of the Museum Bibigul Dandygaraeva told Izvestiya.

“It was January 5th. In the morning, all employees came to work, but because of the situation that developed the day before, it was decided to let everyone go, ”she said.

Dandygaraeva herself and several engineers and heads of engineering technical services remained at work. At first, everything was calm in the museum building, but noise, shooting and screams were heard from the street.

“The smell of gas reached us, there was fog. We saw the fire and heard people screaming. It was scary. I hoped that they would not come to us. We’re a museum. This is our heritage. But it was restless,” explained the representative of the museum.

According to Dandygaraeva, when a riot broke out in the residence, people went towards the museum. Just at that time, wounded cadets came there, whom the museum staff helped as much as they could, she added.

Then, according to a museum employee, about 20 protesters burst into the building through the main entrance. They broke part of the door with a crowbar and opened the entrance. At the same time, Dandygaraeva noted that at that moment she felt her civic duty.

“Then I realized that I am a citizen of my country, especially since I have been working in this country for 18 years. Each exhibit is dear to me, I know the history of each of them. I thought if we lose our collections, we will lose our history,” the interlocutor explained.

At this time, several people had already broken into the hall of the museum, breaking the alarm system, monitors and cameras. After that, the room was filled with other activists. Then Dandygaraeva ran out to them.

“I thought that I could not retreat. There were only young guys among them, so I turned to them: “Guys! My children! Stop! This is a museum, we keep the values, the cultural heritage of our people. If you break everything, it will all burn, then we will lose our history. This is not an administrative building, but a museum where our property is stored, ”said the representative of the museum.

In response to this statement, one of the activists said that nothing should be touched in the museum. Then, according to the woman, some of the young people asked for rugs so they could pray, others asked for water.

At the same time, the museum staff held their positions so as not to let the protesters into the halls. In addition, the museum did not turn on the lights on purpose so that no one could see which collections were stored in it.

Dandygaraeva noticed that the protesters stayed in the museum for about five hours, and then went towards the airport.

“I was thinking at that moment not about heroism, but about how to preserve our collections. Maybe my motherhood stopped them, because I am a mother and addressed them like children, maybe. Or they were hooked by my words about the heritage of our people. I think that the fact that everything happened not on the street, but in a closed, small space, where they heard me, also played a role, ”said the deputy director.

On January 2, protests began in Kazakhstan due to the rise in prices for liquefied gas. In some cities, rallies escalated into riots. The situation has become especially aggravated in the largest city of the country – Alma-Ata.

Radical rioters broke into the administration building, set fire to the prosecutor’s office, the office of the ruling party and seized the presidential residence. During the riots in Kazakhstan, 17 security officials were killed, two of them were beheaded.

For help in overcoming the terrorist threat, the President of the Republic, Kassym-Jomart Tokayev, turned to the CSTO (which includes Russia, Belarus, Kazakhstan, Kyrgyzstan, Tajikistan and Armenia). Collective peacekeeping forces were sent to Kazakhstan, which took under protection a number of strategic facilities. On January 12, the CSTO peacekeeping operation in Kazakhstan was completed. According to the leader of the republic, the presence of the CSTO peacekeepers made it possible to stabilize the situation in the country, the mission was very successful.