The challenging “Alwanit” driver in Dakar reveals the details 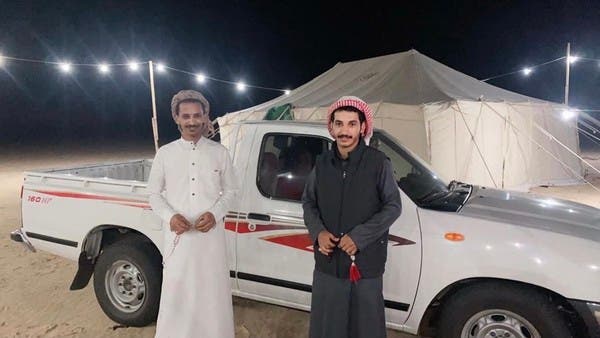 He dreamed of participating in the Dakar Rally, but his capabilities did not allow him, so he ventured to challenge the Belgian driver Pascal Ferrin when passing his home south of Taif, west of Saudi Arabia, and surpassed him in the middle of the desert, until his competition clip achieved a wide spread.

The young man, Mishaal Nayef Al-Shalawi, spoke to Al-Arabiya.net about the arduous meters he walked parallel to the race track. He said: “It was a moment of imagination. I drove my Nissan 2015 car at a speed of 110, overtaking sand dunes and overtaking one of the drivers in the 2022 Dakar Rally, and by chance I caught sight of the racing camera. We envisioned by helicopter in Abu Raka Center, so we took enthusiasm with it and covered about half a kilo in two minutes.”

Al-Shalawi added: “My friend, Sahel Al-Shalwi, was pushing me to persevere, especially since our car was not ready for competition, and then I received the clip from my friends yesterday, Friday, when I was surprised that he achieved high views.”

Mishaal indicated that he periodically tries to participate in official races and follows them on screens, but the cost is high, despite his experience in driving in the wilderness, and he is still a university student in the mathematics department, and his role model in this sport is the Saudi champion Yazid Al-Rajhi.