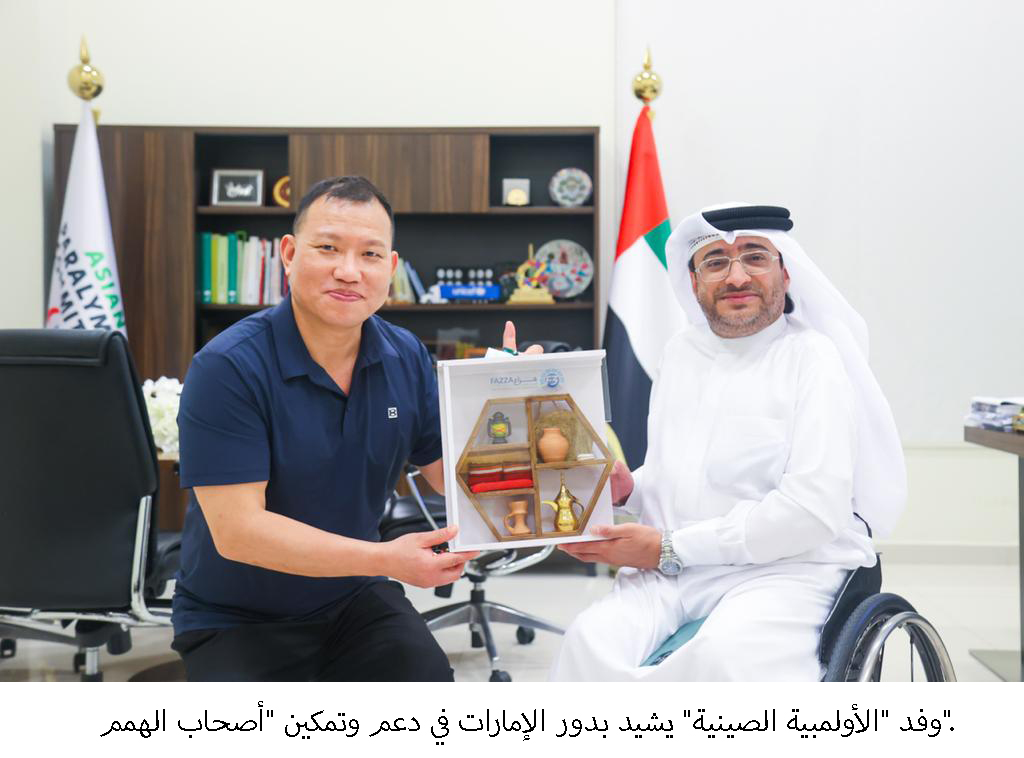 This came during a visit to the delegation headed by Hao Cheng, Director of Sports, during which it inspected the facilities of the “Dubai Club for People of Determination” and the headquarters of the Asian Paralympic Committee to study the establishment of camps for Chinese teams in preparation for participation in the upcoming Olympic Games (Paris 2024).

Majed Al-Osaimi, President of the Asian Paralympic Committee and CEO of the club, briefed the visiting delegation on the various facilities, initiatives, activities, sports programs and efforts of the members to harness all the capabilities of the members to qualify them to participate in local and international sports benefits.

The delegation witnessed some of the club’s teams training and a documentary film on the club’s various achievements, the most prominent tournaments it hosted and the successes of the “Fazza” tournaments, which occupied a prominent position on the world map.

Al-Osaimi presented the club’s shield to the head of the delegation, and expressed his happiness with this visit, noting that China’s choice of the UAE to set up its preparatory camps in preparation for the 2024 Olympics is an indication of the quality of sports facilities and public services available in the country.

He indicated that he discussed with the delegation means of joint cooperation and exchange of experiences according to the latest scientific visions in order to achieve common goals between the two sides.

For his part, Hao praised the distinguished relations between the UAE and China in all fields, including the sports field, as the past period witnessed great cooperation in the field of hosting tournaments, training camps and exchanging experiences.