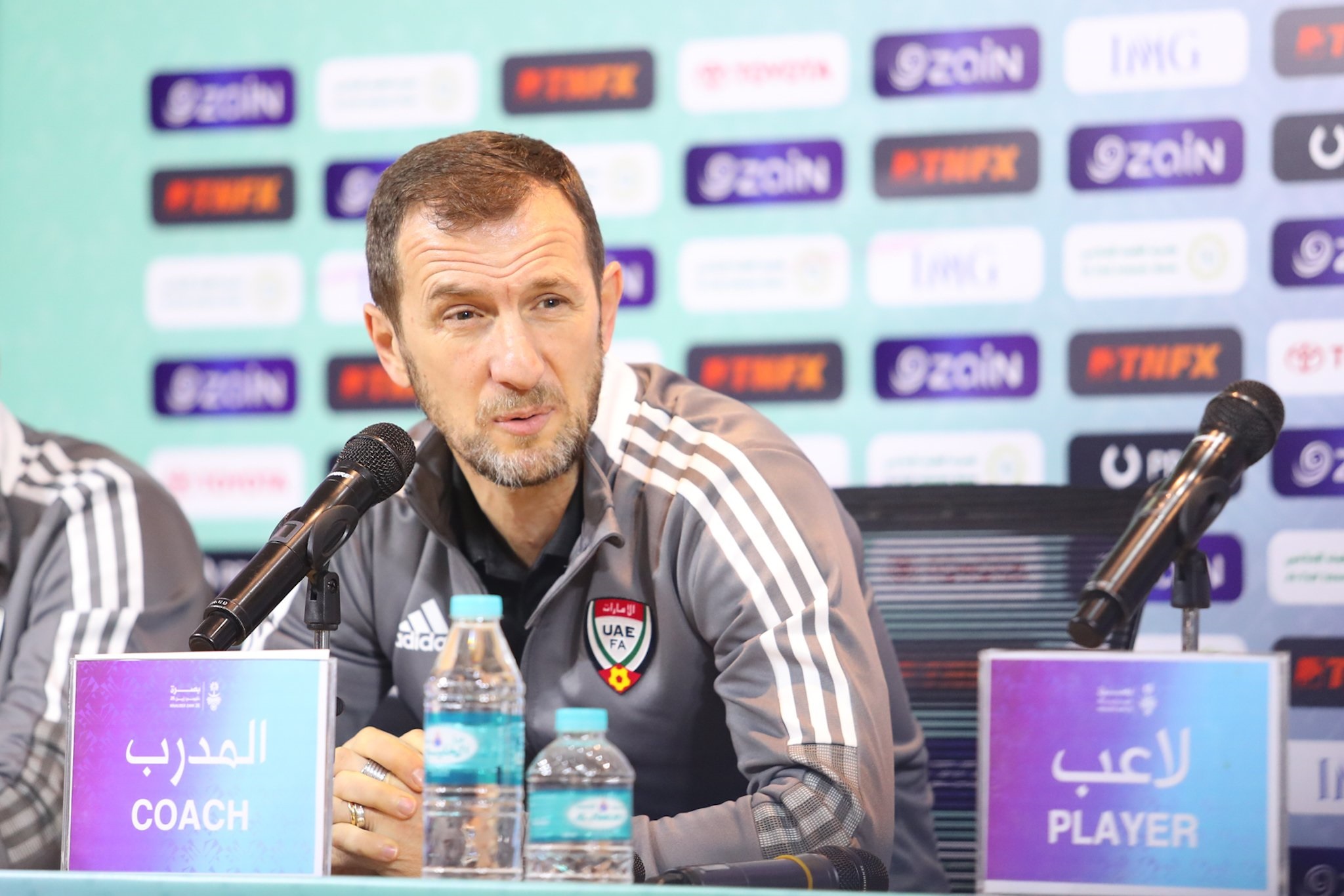 UAE national football team coach Rodolfo Arubarina confirmed that the national team suffered from positioning problems during its previous match against Bahrain in the first round, and that they should focus on the Kuwait match scheduled for tomorrow, Tuesday, in the second round for the second group in the 25th Gulf Cup.

Arwabarina said in a press conference: “The national team striker, Fabio Lima, who missed the Bahrain match for an injury, is in the recovery phase and received treatment by the medical staff. He is in the process of recovering and returning.”

Regarding the team’s lack of experience required in this tournament, he said, “There are 19 players who participated for the first time in the Argentine national team list and won the title, stressing that he does not compare the two teams, but he fully trusts his players.”

And he talked about his expectations for the match: “I am sure that the players will be confident and have enough experience to participate in these matches, and I am very convinced that their reaction in this match will be very positive and that they will be responsible during the match.”