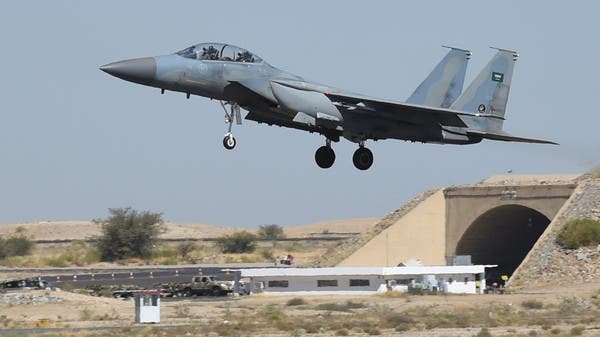 Today, Wednesday, the Coalition to Support Legitimacy in Yemen announced that it had carried out 16 targeting operations against the Houthi militia in Marib during the past 24 hours.

The coalition confirmed that targeting in Marib destroyed 11 military vehicles and an air defense system, killing more than 95 Houthi fighters.

Yesterday, Tuesday, the coalition announced the destruction of a hostile air defense system on the Ma’rib front, while its air forces intercepted a drone in Yemeni airspace.

The smoke of battles in Marib (archive)

This came while the official spokesman for the Saudi Ministry of Defense, Brigadier General Turki Al-Maliki, said that the Saudi air defenses intercepted and destroyed, this morning, Wednesday, a hostile air target that was discovered towards the western region.

Prior to that, the Coalition to Support Legitimacy in Yemen reported, on Tuesday, the fall of a hostile projectile near one of the public roads and popular markets in Jizan. The coalition said that the Houthis tried, on Tuesday evening, to target civilians in a deliberate and systematic manner.