WorldThe coalition: the destruction of a booby-trapped march launched by the Houthi...
World

The coalition: the destruction of a booby-trapped march launched by the Houthi movement towards Khamis Mushait 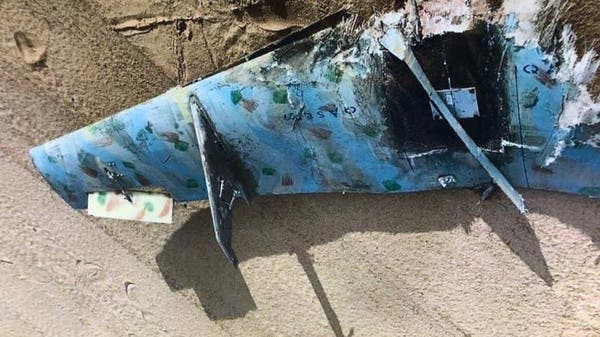 The Coalition to Support Legitimacy in Yemen announced, on Saturday, the interception and destruction of a booby-trapped drone that was launched towards Khamis Mushait, in the Kingdom of Saudi Arabia.

The coalition said that the Houthi militia’s hostile attempts target civilians and civilian objects in a deliberate manner.

He added that the militia’s attempts to launch the booby-trapped marches were repelled, and strict measures are being taken to protect civilians.

And last Thursday, the Saudi permanent delegation to the United Nations in New York announced that the Kingdom sent a message to the Security Council regarding the recent attack by the Houthi group on the eastern region, Jizan and Najran, considering that the continuation of these Houthi attacks hinders efforts to achieve regional stability and international peace.

The delegation pointed out that the Houthi attacks on Saudi Arabia threaten the efforts of the United Nations to reach a comprehensive political solution in Yemen, calling on the Security Council to strongly condemn such actions and hold the Houthi group responsible.

Previous articleResidents of a house on Sovkhoznaya street in Moscow named their version of the poisoning of people
Next articleSai Dharam Tej Accident: Don’t do politics at a time like this .. Nutty Kumar comments on Naresh’s comments