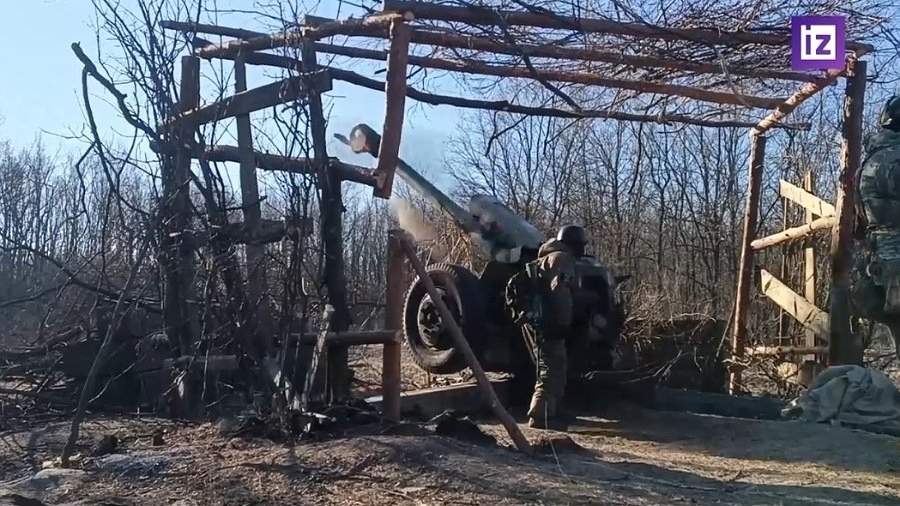 Combat crews of artillery units of the army corps of the Southern Military District (SMD) during a special military operation are working to destroy military equipment and disguised positions of the Armed Forces of Ukraine (AFU). The Ministry of Defense of the Russian Federation on January 25 showed how military personnel hit targets with a D-30 howitzer.

“Our work is quite intensive, we hit 10 or more targets a day. We destroy 90% of targets with a direct hit. Today we worked on the enemy’s armored vehicles, intelligence reported a 100% hit on targets, ”said the crew commander with the call sign Bizon.

Artillery crews hit the personnel, fortifications, equipment and armored vehicles of the Armed Forces of Ukraine. The artillery also provides fire cover for the actions of the ground forces, the military department said.

Earlier that day, the LNR military said that Kremennaya is now the hottest front site in the republic. They stressed that the enemy does not leave attempts to advance and constantly shells the settlement.

On January 22, retired LPR Lieutenant Colonel Andrey Marochko reported that the Armed Forces of Ukraine were moving Western-made armored vehicles near Svatovo. He clarified that the transfer of a large number of armored vehicles for units of Ukrainian troops was noticed in the Kupyansk direction.