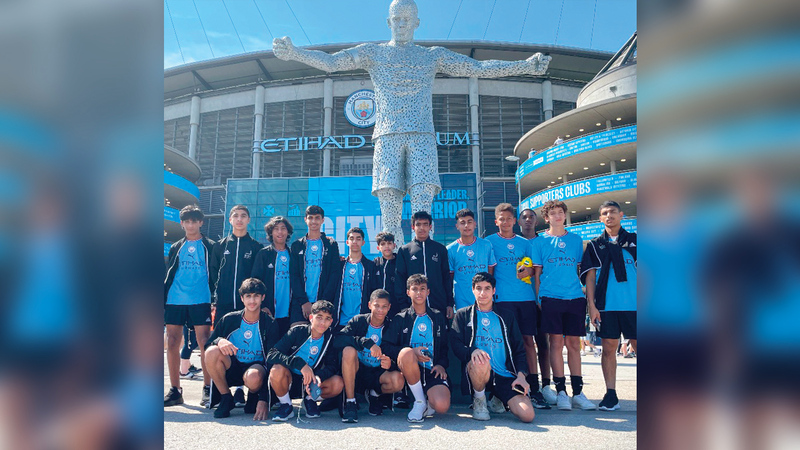 The Coexistence Program was concluded for a delegation of Abu Dhabi clubs’ youth, which included a rich and varied program of activities, matches and intensive training sessions, and lasted for 10 days at Manchester City Academy, as part of the joint cooperation agreement between the Abu Dhabi Sports Council and Citigroup. The program witnessed the participation of 16 players under the age of 16, from the five Abu Dhabi clubs, Al Jazira, Al Ain, Al Wahda, Al Dhafra and Baniyas.

The team played three friendly matches against City Academy, Blackburn, and Corianthenzit. The program also witnessed daily training sessions under the supervision of City Academy coaches, a visit to the Etihad Stadium and City Store, a visit to the English Premier League Test Center, introducing young people to exercises suitable for loads of football players, and then a visit to the Football Museum.