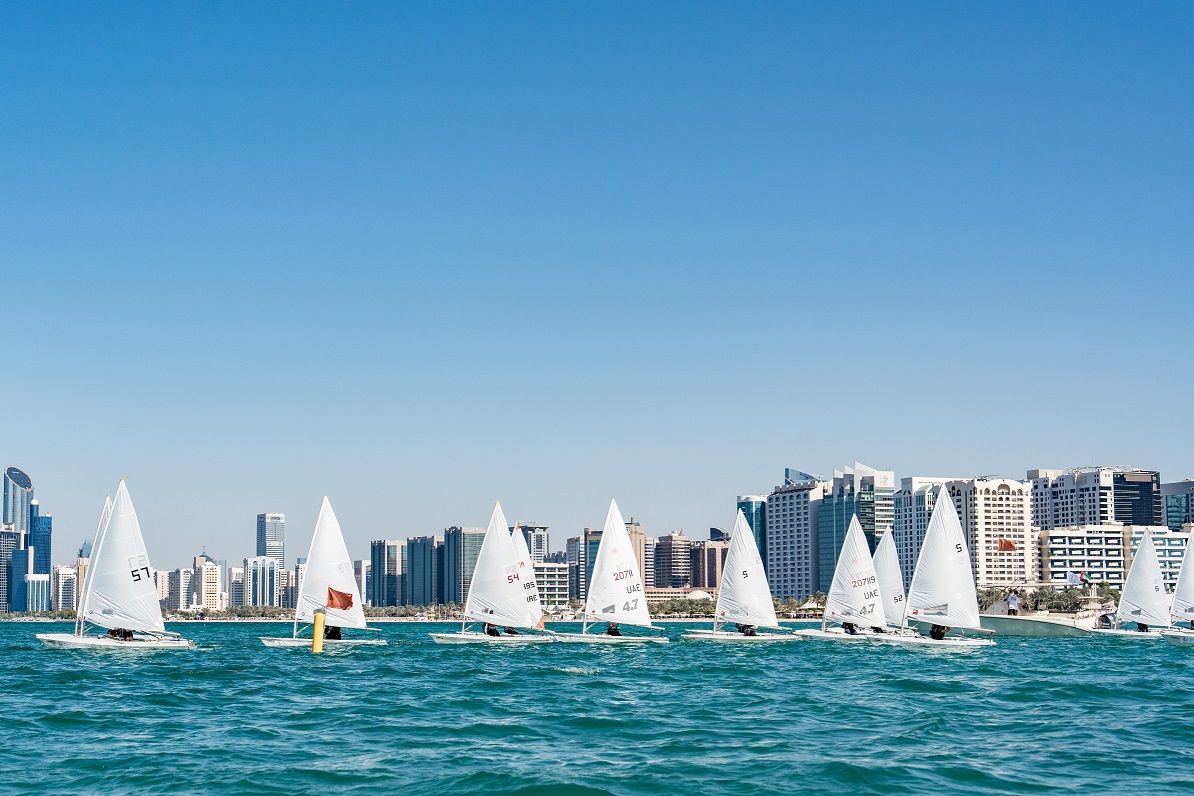 Yesterday evening, the competitions of the first round of the Abu Dhabi Modern Sailing Championship, which was held on the breakwater, were concluded with the success of 32 competitors in the various categories of the championship.

The four-hour round was divided into 3 categories: Optimist, Elka 4 and Elka 6, in addition to a number of sub-categories for each category.

The competitions of the Academy contestants recorded a great technical excellence that continued throughout the stages of the race in its various categories, especially as it comes to be the first round within five full rounds that will be held during this season.

Khalifa Al-Suwaidi, the race supervisor, confirmed that the championship in its current dress achieves many goals at the level of marine sports, as it gives the competitors the opportunity to prepare for local and international championships, especially with the intensive training and exercises that the participants in the championship receive from the academy and the accumulated experiences.

Al-Suwaidi appreciated the strong performance and the outstanding level presented by the competitors in the championship, stressing that increasing the number of rounds to 5 will give the participants an opportunity to develop their skills and fitness.