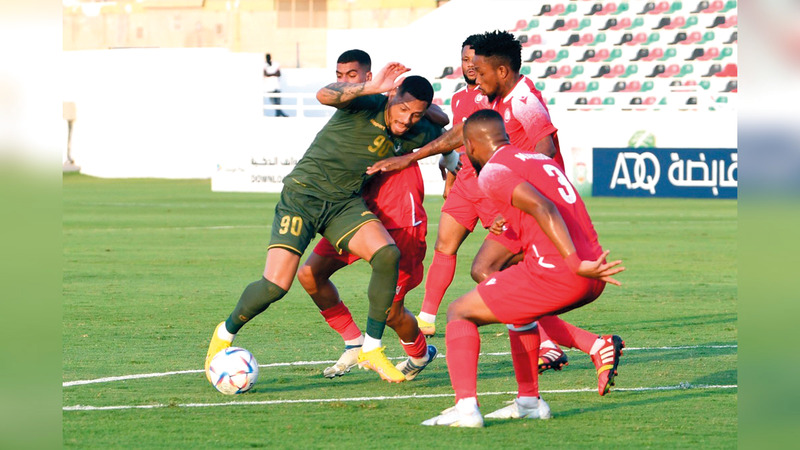 Dibba Al-Hisn and the Emirates teams are looking forward to achieving the first victory in the first division for amateur clubs, when they compete in the second round, where Dibba Al-Hisn will face Al-Rams, and “Al-Suqur” with Al-Uruba at the top of the round. The “Falcons” tied in the first round with “City”, while Dibba Al-Hisn lost from Al-Arabi 2-1.

Tomorrow, Al-Arabiya and the Emirates will meet in a special dialogue between two relegated teams from the professional league last season. Fujairah will also play with the “Knights of Hispania” team, and Al-Arabi will host the “Baynouna” team. The second round will resume the day after tomorrow with three matches as well, in which the winners of the last round will play Al Dhaid with Al-Jazira Al-Hamra, Al-Hamriya will be a guest of Masafi team, while Dibba Al-Hisn will be a guest at Al-Rams, and Al-Taawun will play with its guest Masfout.

The matches of the third day marked the first appearance of the Hamriyah team, which is one of the most prominent teams in the league nominated to rise and play in the next season of the ADNOC Professional League, as well as for the cooperation team aspiring to be the dark horse of the amateur league, while Masfoot seeks to achieve the first positive result.

“Al-Suqour” is looking for its first victory after a tie with “City” in the first round.