The Coordinating Council focuses on 5 sports to achieve Olympic achievements 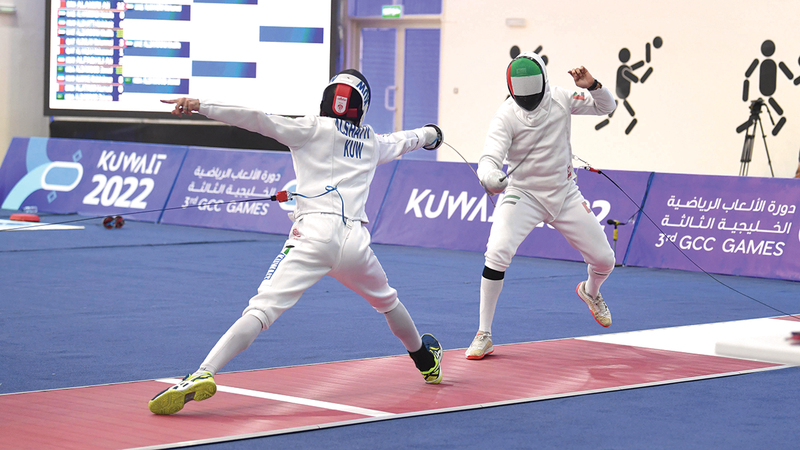 The Coordinating Council for Sports, during its third meeting, which was held under the chairmanship of Dr. Ahmed Belhoul Al Falasi, Minister of Education, Chairman of the General Sports Authority and Chairman of the Council, revealed a group of “priority sports”, which will be focused on during the next phase, to enhance the competitiveness and global presence of UAE sport, and increase The ability to achieve sporting and Olympic achievements for the country in regional and international forums.

The council explained in a press statement that these sports were selected based on a comprehensive study conducted by the General Sports Authority, in cooperation with its partners from the concerned authorities at the state level, and by reviewing the best experiences and similar practices in many other countries of the world, in line with the principles of the fiftieth and the strategy of the sports sector. 2032, which aims to expand the base of participation in international forums and increase the chances of achieving Olympic achievements for the country. The priority sports category included five sports: archery, athletics, fencing, archery, and judo.

Al Falasi said: “The UAE adopts an ambitious vision for the future of national sports based on the directives of the rational leadership and the determinants of the UAE Vision 2071, which aims to consolidate and develop the country’s prestigious global reputation in various forums, and prepare a young generation capable of achieving global achievements. From this standpoint, we are applying today the concept of priority sports, which was developed after integrated studies and according to well-studied mechanisms, aimed at enhancing the access of the UAE champions to the podiums, and achieving a tangible shift in the level of global presence of Emirati sports during the next stage.”

He added: “Our focus will be intense during the next stage on priority sports, which have the capabilities and standards that qualify them to achieve distinguished sports levels and achievements, in addition to high-level athletes in various sports, in cooperation between the authority and its strategic partners from government agencies and sports sector institutions. We have plans to develop all athletes who show that they have distinctive talent and high potential in any sport, and we will provide all support to them, thus contributing to enhancing their hopes and the hopes of the UAE to achieve global achievements. The main objective is to create a developed identity for Emirati sports globally, and this will reflect on the sustainable growth and prosperity of the sports sector in the country.”

Priority sports were identified based on a classification that included all sports, and based on a well-studied set of criteria that included: Olympic potential in each sport, the possibility of Olympic success, opportunities to achieve Olympic medals, achievements and international championships, and determining the level of competition globally, and the talents that the UAE currently possesses in That sport, taking into account the facts and statistics related to each sport, such as the number of practitioners, the number of clubs, the reality of training centers, infrastructure, tools and equipment available, as well as other criteria related to ease of implementation, cost, readiness of federations, financing plans, and others.

The classification showed that there are high opportunities for achieving achievements in many individual sports, due to the expansion of the competition in them, the distribution of Olympic medals to a large number of countries, and the absence of countries that dominate the top positions in them. Ranking scores were determined and the sports ranked according to the factors studied, with the priority sports receiving the highest scores. The figures show that there are approximately 2,300 athletes registered in the priority sports federations in the UAE, and more than 12% of them have the opportunity to reach the high-level category, which enhances the chances of Olympic attendance in these sports.

In a related context, the Coordination Council meeting dealt with ways to develop the role of the Emirates Sports Federation for school and university education institutions, by supporting priority sports by introducing students, encouraging them to compete in them, providing the sports sector with distinguished talents, and the importance of the union’s outputs and efforts in creating high-level champions.

The General Sports Authority will hold a series of meetings with priority sports federations, in which they will discuss future work plans, with the aim of strengthening partnership and cooperation between all parties, in a way that contributes to raising the UAE flag high in international sports forums.