The cosmos of knowledge: what is important to accomplish in orbit “Science” 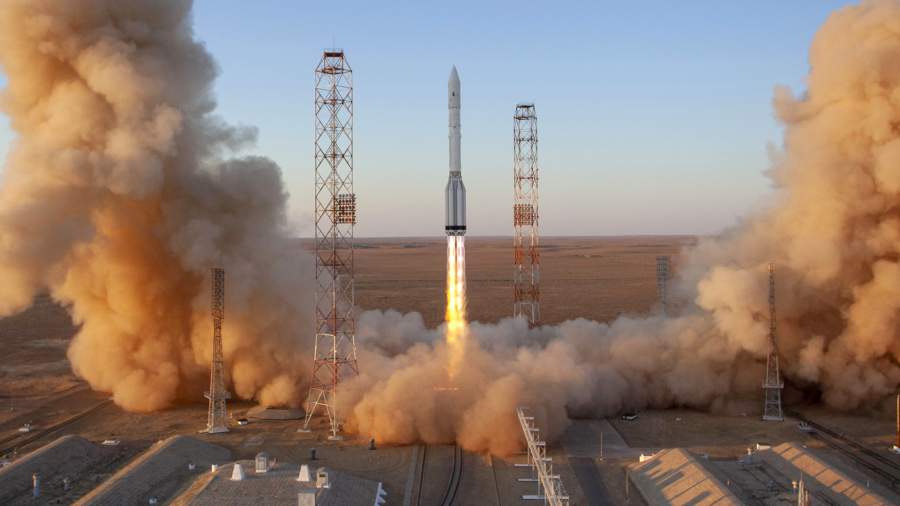 
On July 21, the Proton-M rocket was launched to the International Space Station with the new Nauka module, which will be docked to the Russian segment on July 29I. Why does a Russian station need a module with more than twenty years of history, and what experiments will be carried out on it? Details – in the material “Izvestia”.

Why is it needed

The main task of the International Space Station is scientific experiments. It was for this that a unique orbital complex was created, the most expensive in the history of mankind. But, it so happened that for a long time the Russian segment of the station was left without a special scientific module.

In the foreign segment, three such modules are used – the American laboratory “Destiny”, the European “Columbus” and the Japanese module “Kibo”. Designed specifically for experiments, the science modules provide the most comfortable working environment for astronauts. Most of the experiments on the International Space Station are long-term and require a separate site. The most important thing is that each module is equipped with special standard stands for scientific equipment, we also call them universal workstations.

What are these racks or workstations like? Imagine server racks where you can put and connect custom-made hardware. All connections and outputs are standardized, equipment designers know from the beginning how to create them so that connection and commissioning take as little time as possible.

In the Russian segment, before Nauka, there were no universal jobs. All connections had to be done “on the knee”, looked “in place”, sometimes even to wait for the arrival of the next cargo ship in order to deliver the necessary scientific equipment to connect. After the launch of “Science”, the situation should change.

The module has more than thirty universal workplaces located both inside the module and outside. That is, later it will be possible to bring it and install several dozen pieces of scientific equipment, which will work in parallel. At the same time, on Earth, developers will receive a special technological map for assembling equipment, knowing in advance where the power will be connected, where the entrance for the Internet connection should be made.

Also, “Science” is equipped with the European manipulator ERA – a multi-joint robotic arm capable of reaching anywhere within a radius of ten meters. With its help, devices will be installed at workplaces that should be located and used in open space. In this case, the astronauts can stay inside the module and not waste the resource of their spacesuits.

This module has perhaps the most complex and longest history in Russian cosmonautics. It seems incredible, but they began to develop it back in 1995. Russia and the United States were preparing to create a joint International Space Station, a unique joint project. To make the whole process go smoothly, some of the most important modules were backed up in advance in case something went wrong.

At the same time, the Khrunichev State Scientific and Practical Center of the Russian Federation decided to create a backup for the Zarya module, which was named FGB-2. However, Zarya took its place in the station under construction without any problems, and a backup was not needed. There were several suggestions on how exactly this module can be used, as a result, in 2004, it was decided to create a laboratory module from it. Then it was assumed that the module will be launched in 2009. Subsequently, it turned out that these were very optimistic assumptions. The work was underway, the dates were slowly shifting, but it was assumed that the start could take place in 2013. Even the cosmonauts by this time had already been trained to work with the module.

However, in 2013, “Science” was returned directly from the factory tests. As it became known to the media, RSC Energia specialists were forced to carry out additional work and checks on MLM Nauka. During testing, a large number of defects were revealed. For example, the pipelines of the fueling system turned out to be littered.Starting the module with debris in the fuel system could result in a serious accident.

A lengthy work began on the search, localization and elimination of particles. The situation was aggravated by the fact that Nauka has very complex bellows tanks and several hundred meters of pipelines, some of which cannot be pulled out without violating the integrity of the body. It was impossible to replace the tanks, their production had already been closed by that time. As a result, the tanks had to be cut open, cleaned from the inside, and then, after being welded back, it turned out that it was not tight enough. During this time, the module was modernized and it received the name MLM-U.

In 2019, there was good news about the imminent readiness of “Science”. In March, the head of Roscosmos Dmitry Rogozin confirmed information about replacing old tanks with tanks from the Fregat upper stage. As Rogozin explained, a number of problems arose with the old tanks due to unusable storage, microcracks, the fact of metal fatigue was confirmed, and the documentation for the tanks was also lost. At the same time, the documentation from the Fregat tanks coincided with the documentation of the original MLM tanks by 90 percent, which made it possible to use them after a little refinement.

In August 2020, Nauka was sent to Baikonur, where lengthy tests began. In total, about 700 tests were carried out with the module. And now, years later, “Science” was finally launched to the International Space Station.

It’s only the beginning

A successful launch is just the beginning of the work that will need to be carried out in order for the module to become a fully functioning part of the Russian segment of the station. Docking with the station is due on July 29 and it is very important that it goes well.

According to the plan, the Russian cosmonauts will have to make ten space walks in order to connect and prepare the module and its systems for operation. Also, work will be carried out inside the module. Scientific equipment will already begin to arrive with the nearest Progress cargo ships and will need to be prepared for work.

Many experiments will be carried out at Nauka, but it is worth highlighting the most interesting and significant ones. Among them, work with a powerful electric vacuum furnace, which is designed to grow crystals from molten metals. Such crystals, which will be created as part of the Vampire experiment, are of very great practical importance; they are used to create highly pure infrared sensors capable of operating at room temperature.

Surely, the experiments of the Russian company 3D Bioprinting Solutions will continue at Nauka, which has already obtained very interesting scientific results, for the first time in the world, printing cell tissue in zero gravity. In the future, such experiments will make it possible to grow complex cellular structures and entire organs in orbit, so that they can then be delivered to Earth and transplanted to those in need.

All in all, “Science” can work on the ISS for fifteen years. This is exactly how much its resource is designed for. Yes, by now the work of the station itself has been approved so far only until 2025, but, most likely, in the coming years a commission will be assembled, which will extend the period until 2028 or 2030.

Separately, it should be said that the “Science” module will make the stay of Russian cosmonauts more comfortable. The module has a separate sleeping place and another toilet. In conditions of zero gravity, where the use of toilets is associated with their frequent breakdown due to calcium actively washed out in the urine, this is also a very important detail.

In the meantime, it remains to wait for the docking. A new scientific page has begun in the history of Russian cosmonautics, and I really want it to be successful and successful.

Erick Elera proud of Allison Pastor in Queens of the show: “My warrior princess”

America welcomes the tripartite summit in Baghdad: it enhances stability in the region

RRR Controversy: Vijayendra Prasad has revealed the reason why NTR wore that hat