The crescent of Dhul-Hijjah adorns the sky today 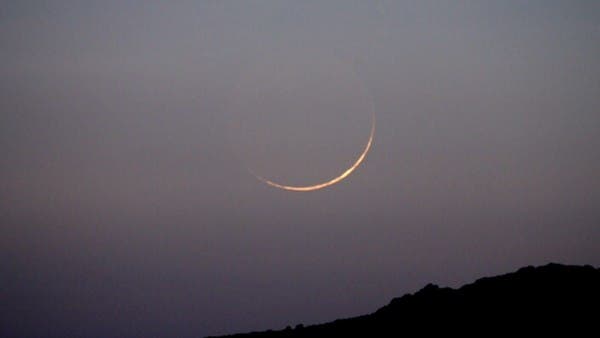 The crescent of the Hajj moon is observed in the sky of the Arab world, after sunset today, Thursday, the first of Dhu al-Hijjah 1443 AH, corresponding to June 30, 2022 AD, during the transition towards the beginning of the night, where it will be easily seen with the naked eye, as it decorates the western horizon if the sky is clear and the horizon is free of obstacles.

The head of the Astronomical Society in Jeddah, Eng. Majed Al-Zahera, explained to Al Arabiya.net that the moon will be away from the glare of the sunset sun and become higher in the sky compared to last night, and within a few nights, he will notice that the unlit side of the moon’s surface is illuminated by a faint light that is sunlight reflected from the earth. towards the moon.

He added that the moon reached the stage of conjugation on the morning of Wednesday 30 Dhu al-Qa’dah 1443 AH, corresponding to June 29, 2022 AD, at 05:52 am Mecca time (02:52 am GMT), ending a conjugation cycle around the Earth and beginning a new conjugation cycle.

He continued by saying: Day after day, he will notice that the crescent of the moon increases in brightness and rises high in the sky at sunset and will remain for a longer period after the beginning of the night, because the moon moves away from the location of the sunset, and the luminous side of the moon will act as an arrow in the sky, pointing downward to the star Lionheart. And Venus.

He explained that the reason is that we see the moon moving towards the west every day as a result of the Earth’s rotation on its axis, but the real movement of the moon is towards the east for the stars and planets as it revolves around the Earth, so by watching the moon during the coming weeks it will be a guide to determine the locations of the planets and bright stars in the night sky .

He concluded his speech by saying: “Wherever you are, make this summer evening family family, with the participation of children, to observe with you, with their small eyes, the crescent of the small moon in the dusk of the evening.”

Al-Arabiya’s correspondent had reported that the crescent of the month of Dhul-Hijjah was confirmed to be sighted at the Tamir Observatory in Saudi Arabia, on Wednesday, and therefore Arafat’s pause will be on Friday, July 8, and the first day of Eid al-Adha is on Saturday, July 9.