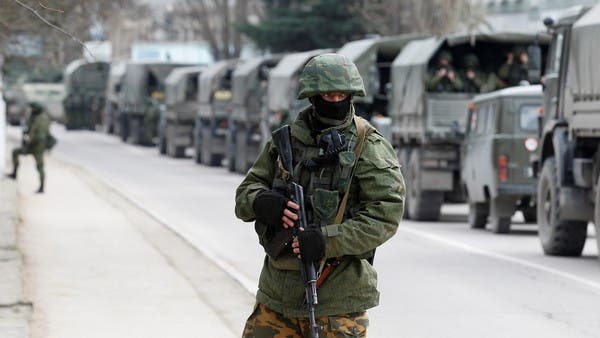 Official reports revealed that thousands of Russian soldiers withdrew from the Ukrainian border, after conducting exercises for about a month.

Reuters reported on Saturday that more than 10,000 Russian soldiers have left a number of regions near Ukraine, including Crimea, Rostov and the Kuban, and returned to their permanent bases. The report referred to what was reported by the Interfax news agency on the Russian army.

According to the Russian agency, “the stage of combat coordination of units, combat crews and teams in mechanized units has been completed.”

And the Interfax news agency reported that more than 10 thousand soldiers will return to their permanent bases from the joint arms exercises area.

Russia has massed tens of thousands of troops in the regions of northern, eastern and southern Ukraine, which has raised concerns in Kiev and Western countries that Moscow may be planning an attack.

And US intelligence revealed earlier this year that Russia was planning to launch a military attack on Ukraine early next year with the participation of 175,000 soldiers near the border.

The intelligence document, obtained by the Washington Post, included satellite images of the military buildup.

But Russia denied the existence of any such plans. Instead, Moscow called on NATO to pledge not to expand the alliance toward Russia’s borders.

Russia has said Ukraine’s increased engagement with NATO poses a threat to Moscow. The Kremlin has also said it has the authority to deploy troops within its borders as necessary.

Reports of Russian forces withdrawing from the Ukrainian border come more than two weeks after US President Joe Biden and Russian President Vladimir Putin spoke by phone for more than two hours.

The White House said that during the conversation Biden warned Putin against invading Ukraine, and said that Moscow would suffer economic consequences if it launched an attack on Ukraine.

Biden offered the option to de-escalate the situation through diplomatic channels with the United States and European countries.