The crisis in eastern Sudan.. Hamdok and Al-Burhan meet without results 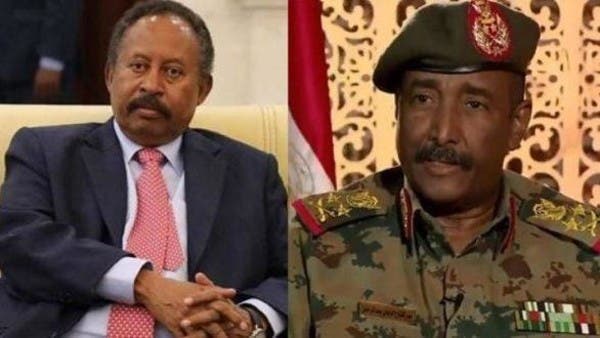 Al-Arabiya / Al-Hadath sources revealed that the meeting, which took place on Wednesday between the President of the Sudanese Sovereignty Council, Abdel Fattah Al-Burhan, and Prime Minister Abdullah Hamdok, did not reach clear results.

The sources said that the parties discussed the eastern crisis, possible solutions, the repercussions of the closure and the recent political problems, but without results or recommendations. The meetings are expected to continue in the coming days.

It is noteworthy that the higher coordinations of eastern Sudan, had submitted a written response to the head of the government negotiating delegation, Shams El-Din Kabbashi, affirming their adherence to canceling the eastern path and dissolving the transitional government in order to stop all manifestations of escalation in the east, which prompted the government yesterday to temporarily suspend negotiations.

It should be noted that the problem of eastern Sudan was renewed in the middle of last month (September) with the closure of Port Sudan, and the demonstrations lasted for days before a government delegation visited the region and met with its leaders to negotiate and reach a solution that restores calm to those areas that are considered the poorest in the country.

From the demonstrations in eastern Sudan (AFP)

In a related context, the Central Council of the Forces of Freedom and Change in Sudan affirmed its commitment to partnership in accordance with the constitutional document, and also reiterated its desire to expand the base of freedom and change by including all the revolutionary forces that have an interest in civil democratic transformation.

The Council welcomed the efforts made by Prime Minister Abdalla Hamdok in this direction, including his contacts with the Justice and Equality and the Sudan Liberation Movement.

Also, the Central Council for Freedom and Change affirmed its determination to work with all its energy to form the Legislative Council with the widest possible representation of the forces of the revolution.

The council’s statements came on the sidelines of the meeting held yesterday, Wednesday, with Prime Minister Abdullah Hamdok, to discuss all issues related to the challenges of the civil democratic transition, in addition to the issue of eastern Sudan.