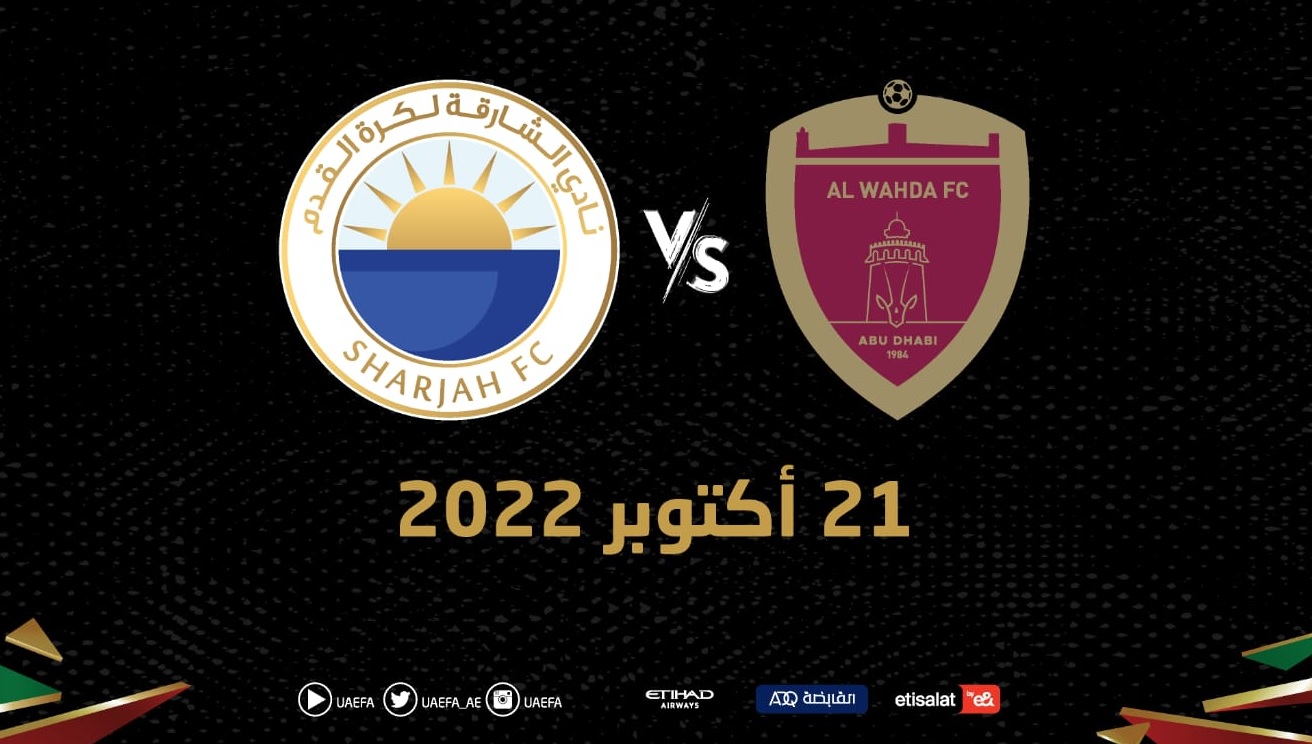 The Emirates Football Association announced the release of tickets for the final match of the President’s Cup for the 2021-2022 sports season between Al Wahda and Sharjah, scheduled for Friday, October 21, at Hazza Bin Zayed Stadium in Al Ain at 7:45 pm, as tickets are sold electronically through Platinum List. Ticket prices range from 20 dirhams, 30 dirhams, 50 dirhams, 100 dirhams and 200 dirhams.
Sharjah qualified for the final match in the President’s Cup at the expense of Al-Wasl, after drawing with it in the first leg without goals and winning it in the second leg by three goals to two.
Al-Wahda qualified for the eighth time in its history at the expense of Baniyas, after it tied with it in the second leg with two goals for the same, taking advantage of a four-goal first-leg victory over it.