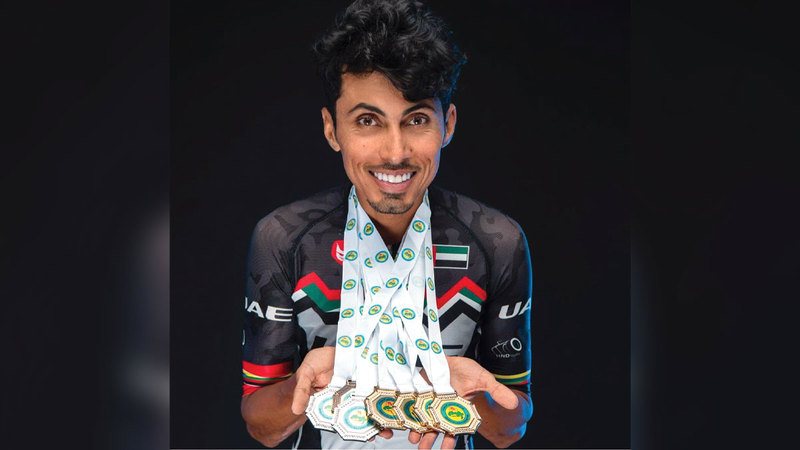 Today, the national cycling team enters the Arab Cycling Championship, which is held in the Egyptian capital, Cairo, with the ambition of competing for championship medals and the continuation of the achievements made last season, which witnessed the achievement of 77 medals in foreign participation, including two gold medals for Youssef Mirza at the Asian level, in addition to The first medal for the UAE in the women’s category at the Asian level also by Safia Al Sayegh, and the first gold medal for the UAE in the Islamic Solidarity Championship in Turkey.

The President of the Cycling Federation, Mansour Bouasaiba, confirmed that last season was the best in the history of the foreign participation of the national teams and contributed to the rise of the UAE classification and the official qualification of the World Championship in Australia through Muhammad Al-Mutaiwee and Safia Al-Sayegh, in addition to Yusuf Mirza occupying the eighth place in the world, which is a historic achievement and qualified him to Track world championships in France.

Bu Osaiba told “Emirates Today”: “The Board of Directors of the Federation, since it took charge of the game, has had its main goal is to form a large base of national teams of different ages, and indeed we started preparing for that, and the beginning was from the youth and junior races, and the inclusion of amateur teams in local championships with clubs. Which contributed to the advancement of local races and increased their strength, and thus qualified the players in a distinctive way.”

Bouaseba stressed that the national team aims to participate in the Arab Track Championship in Cairo to achieve a number of medals by virtue of the participation and experience gained from previous tournaments. He pointed out that the Board of Directors is always keen to be present and participate in tournaments in order to gain the necessary expertise, and the result was this huge amount of historical medals.

The team ranked third last year in the Arab Championship after Egypt and Algeria, after a strong participation in which it won 44 medals. The national team was keen to train in the Cairo International Racecourse before the start of the tournament in the presence of Abdullah Sweidan, the coach, and Youssef Mirza, the captain of the team, who was keen to talk individually with each player and player who had not previously participated in the Arab championships in order to prepare them psychologically for the competition.