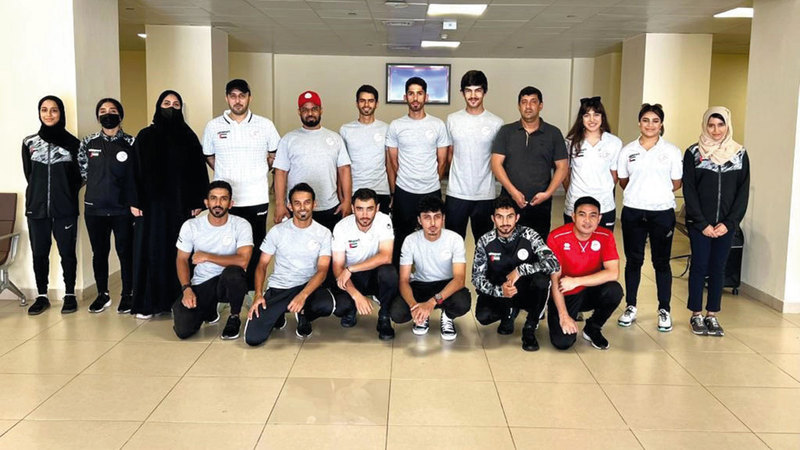 The national cycling team arrived in Cairo yesterday, in preparation for the participation in the Arab Championship for the track, which will be held from 5 to 8 January, at the cycle track in Cairo. The Arab Track Championship will be held in Cairo only, and the road and mountain bike championship will be completed in the UAE next December. The technical staff of the team included the player Maryam Al Zaabi, to become the national team’s 14 players and players, they are: Youssef Mirza, Ahmed Al-Mansoori, Jaber Al-Mansoori, Khaled Mayouf, Saif Al Kaabi, Walid Al Naqbi, Abdullah Al Hammadi, Muhammad Al Mutaiwee, Safiya Al Sayegh, Sheikha Issa, Zahra Hussein, Hoda Hussein, Marwa Kahour, Maryam Al Zaabi.

The head of the mission, Khalifa bin Omair, confirmed that the national team is participating in the tournament for the purpose of competing for all titles, in the presence of the captain of the team and the Asian and Arab champion Youssef Mirza, who is looking for a new Arab achievement.

The national team performed its first training at the Cairo Cycling Track, and Safia Al-Sayegh is joining today’s mission.