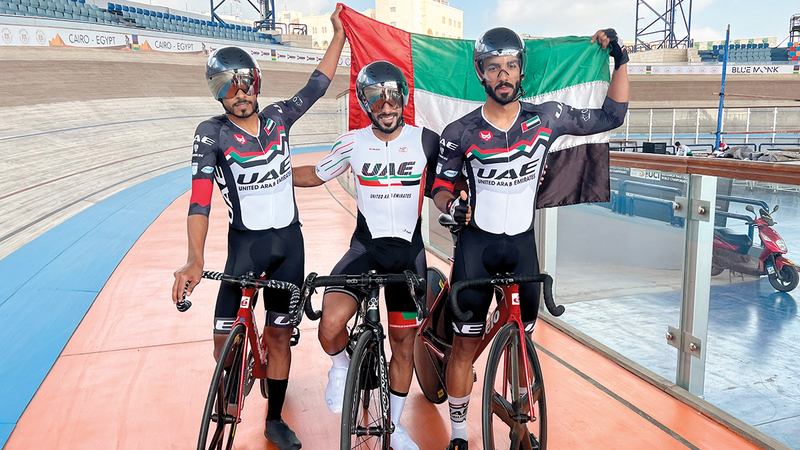 The UAE mission continued to collect colored medals in the Arab Cycling Championship held in Egypt with the participation of 17 countries, after raising the number of its medals to 25 colored medals (8 gold, 12 silver and 5 bronze), with the end of the morning period of the track championship competitions, which continue its activities until tomorrow before moving on. to the mountain bike championship.

Hoda Hussein concluded the morning’s medals after winning the individual speed bronze, after the young women’s team had won the bronze in team speed, at the conclusion of the competitions the day before yesterday, before the rest of the competitions were postponed due to rain falling on the track, bringing the UAE’s tally to 25 colorful medals.

On the other hand, the President of the Cycling Union, Mansour Bouassiba, and the Secretary-General of the Federation, Yasser Al-Doukhi, arrived in Cairo yesterday morning, to attend the meeting of the Ordinary General Assembly of the Arab Federation.

• 8 gold, 12 silver, and five bronze medals, which the UAE cycling champions have received so far.