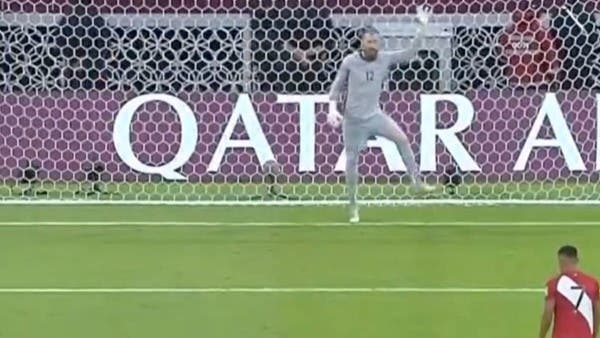 Australian goalkeeper Andrew Redmayne grabbed the spotlight and became the most prominent headline in the media, after leading his country to the 2022 World Cup at the expense of Peru, and after his strange acrobatic behavior during the penalty shootout.

The actions of the goalkeeper, who came on as a substitute before the penalty shootout, helped Australia beat Peru in the play-off match, on Monday, after he was dancing before the opponents took the penalty kick.

The 33-year-old goalkeeper was on the field three minutes before the end of the second overtime period, and was able to participate in his third international match, where Australia won the penalty shootout 5-4 after the end of the original and extra time without goals.

And goalkeeper Redmayne made strange behaviors to distract the Peruvian players, and he was dancing along the line, waving his arms, shaking his hips and moving from side to side at Ahmed Bin Ali Stadium in the Qatari capital, Doha.

And about his behavior, he said after the meeting: If I can outperform 1 or 2% by doing something stupid, I will do it, I played a small role, I don’t think I am a hero or anything else.

He revealed that the plan for his presence with the Australian team to participate in the penalty shootout had been planned for at least a month, but it was kept secret from the rest of the team.

Redmayne is known as a goalkeeper who specializes in dealing with penalties, and his story dates back to 2005 when he was selected in the New South Wales Sports Institute team to play a friendly match against Arsenal, in a match that witnessed the presence of Thierry Henry, Gilberto Silva and Cesc Fabregas, and then he was able to experience a two-week experience under the leadership of French coach Arsene Wenger.

The Australian goalkeeper made a great impression on Arsenal, and the club was ready to sign him, but Wenger preferred to sign Poland’s Wojciech Szczesny.

After 12 years, Redmayne played a new friendly match against Arsenal with the Australian team Sydney, and Wenger admitted that he had made a mistake by not signing him, and described him as the star of the match.

Redmayne almost retired in 2016, after spending five years moving between five clubs in Australia, which shook his self-confidence, and revealed that he wanted to complete his studies to become a primary school teacher at that time, and admitted that he wanted to retire to focus on education and pour coffee. to earn a living.

Then the goalkeeper’s career was turned upside down, and he won the Australian League title three times, and won the award for the best goalkeeper in the league for the year 2020, and when he was included in the list of his country’s team, he expected to be on the reserve, before snatching stardom in the decisive meeting and leading his country to the World Cup.