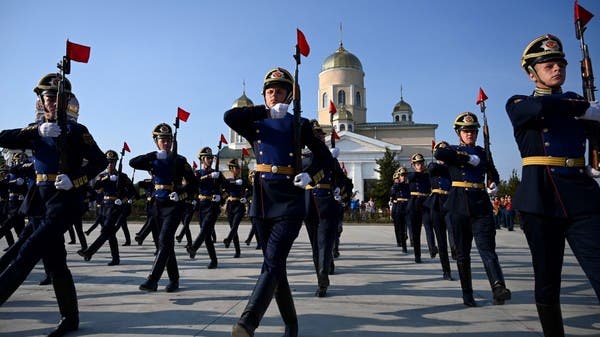 Moldova is living in an atmosphere of anticipation and anxiety, fearing a possible Russian attack, which Western reports have been talking about over the past weeks.

Despite the concern, Maya Sandu indicated that the risk of escalation in the east of the country remains low.

In addition, fears have recently risen that this small region will be drawn into the war on the territory of its neighbor Ukraine.

Transnistria – or Trans-Dniester after the Dniester River – separated from Moldova after a brief war in 1992, and the region is ruled by pro-Russian separatists.

While these attacks did not result in any injuries, the authorities in the Moldovan capital, Chisinau, described the explosions as a deliberate provocation to plunge the region into the current conflict.

The alleged action in Transnistria coincided with a shift in Russia’s war strategy, which now appears to be focused on controlling eastern and southern Ukraine.

Moldovan President Maya Sandu, a staunch pro-EU, signed a law banning the use of the St. George ribbon, a Russian military symbol, as well as the display of the letters “Z” and “V”, and imposed heavy fines to punish people who break the laws.