The danger to the life of the Prime Minister is a myth; It was the BJP that came near the vehicle: the farmers were furious 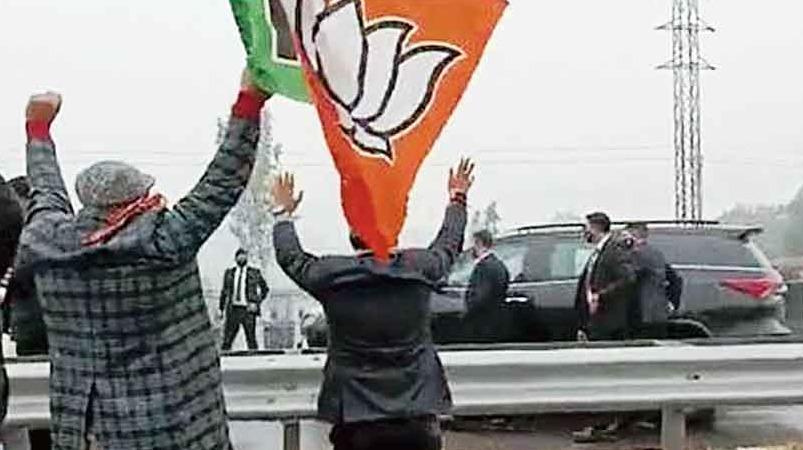 New Delhi: Prime Minister Narendra Modi, who arrived in Punjab on Tuesday, was said to have a security breach. Farmers They were standing at a distance of one and a half kilometers. Punjab and the Farmers’ Organization Prime Minister Modi Insults. ” Farmers The organization has issued a statement.

Explanatory report on this security flaw Punjab The Union Home Ministry had asked the government. Accordingly, the State Government has submitted a report to the Central Government.

“It simply came to our notice then Farmers Not by the struggle waged. This is because the protest took place at a distance of one and a half kilometers from where the Prime Minister’s car was. But isn’t it a security breach that the BJP chanted the flag near Prime Minister Modi’s car? ” Farmers The organization has questioned

A statement issued by the Samyukta Kisan Morcha, a farmers’ federation, said, “No one came to Prime Minister Modi’s rally to cover up the failure and claim that my life was somehow saved.” Punjab On, Farmers Modi is trying to slander. This is the biggest regret.

This country knows that if there is a threat to life it is the farmers. Criminals like Ajay Misra Theni move freely. The Samyukta Kisan Morcha expects the Prime Minister and incumbent of this country not to speak of such responsible views.

In the video that goes viral, the Prime Minister’s security vehicle is near Farmers They did not try to go, but the BJP did. Some people holding the BJP flag chanted ‘Long live Prime Minister Modi’ and tried to get near the vehicle. Therefore, the danger to the life of the Prime Minister is a complete myth

Meanwhile, on the Twitter page of Kisan Ekta Morcha, a video was posted of Prime Minister Modi trying to walk past the BJP-flagged Prime Minister’s vehicle.

A Twitter post read, “No schooling, no gunfire, no intimidation. As such, who saved the life of Prime Minister Modi. Surprisingly, it is the BJP that carries the flag and chants. So, is Modi afraid of the BJP flag? ” As has been criticized.