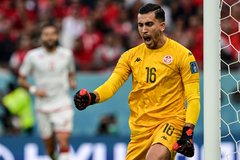 The Arab teams succeeded in their first appearance in general, after collecting 5 points through 3 teams, after Saudi Arabia defeated Argentina, Morocco tied with Croatia and Tunisia with Denmark, while the only negative result was the loss of Qatar in the opening match.

Today, the Qatari national team will have the last chance to try to catch up with the World Cup and not bid farewell when it faces Senegal, while the other three teams play better and have a chance until the third round, according to the result of the first match.

The Qatar national team will meet its Senegalese counterpart today, Friday, at Al-Thumama Stadium in the capital, Doha, as part of the second round competitions, and will conclude its campaign in the group stage against the Netherlands, on Tuesday, November 29, at Al-Bayt Stadium in Al-Khor city.

As for the Saudi green, he will play his next match against his Polish counterpart tomorrow, Saturday, at the Education City Stadium in Al Rayyan Club, in the second round, and then he will face his Mexican counterpart next Wednesday, at Lusail Stadium, at the end of the group stage competitions.

The “Carthage Eagles” team will play against its Australian counterpart tomorrow, Saturday, at the “Al Janoub” stadium in the capital, Doha, in the second round, and will conclude its campaign in the group stage by facing France, the defending champion, next Wednesday, at the Education City Stadium in Al Rayyan Club.