IndiaThe day of naming this 'country Modi' is not far off: Mamata...
India

The day of naming this ‘country Modi’ is not far off: Mamata Banerjee 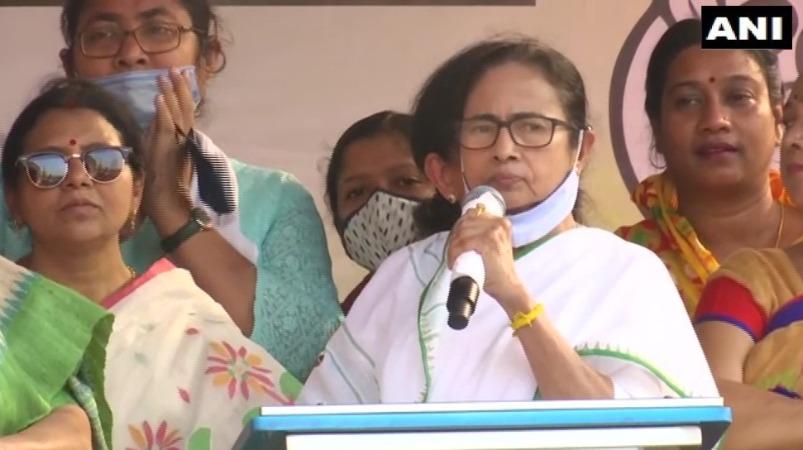 The day is not far off when this country will be named Modi. People should remember that this time the election is a war between Mamata and the BJP Trinamool Congress Party leader and West Bengal chief minister Mamta Banerjee Said.

Legislative elections are being held in 8 phases for 294 constituencies in West Bengal. The first phase of the election begins on the 27th. Ruling to retain power for the third time in this election Mamta Banerjee Led Trinamool Congress The party is fighting hard.

At the same time, the BJP, which is facing a major crisis and challenges to Mamata Banerjee, has been moving various pieces to capture the regime. This election is expected to be fiercely contested by both parties.

Women’s Day is celebrated around the world today. Chief in Kolkata in turn Mamta Banerjee Held a rally. The rally started at College Square in central Kolkata. Finished at Torina Crossing in the distance.

Participate in that rally Mamta Banerjee Spoken by:

” In the Assembly elections in West Bengal Trinamool Congress I assure you that the party will win and form the government for the third time. People should not forget that in 294 constituencies, the contest is between me and the BJP.

BJP leaders come to West Bengal only during election periods and spread lies and rumors. Modi talks about women’s safety. But what about the protection of women in BJP-ruled states?

The Ahmedabad ground in Gujarat is named after Modi. The certificate issued after the corona vaccination has a picture of Modi. The time is not far off for Modi to name this country.

Women in West Bengal are not protected and cannot move freely at night Prime Minister Modi Accuses. But, I ask. Both Modi and Union Minister Amit Shah should focus on BJP-ruled states. Gujarat in particular should be noted as a model state. According to media reports, there have been 2 murders and 4 rapes every day for the last 2 years “.

Previous articleJyotiraditya Scindia Last bench student in BJP: Rahul Gandhi
Next articleI was the one who fixed Tilak for Sharwanand’s performance .. I grew up in my house: Chiranjeevi