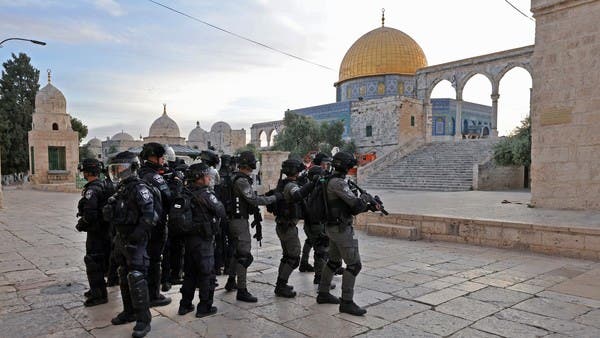 A Palestinian died, on Saturday, of wounds sustained in April during clashes with the Israeli police in the courtyard of Al-Aqsa Mosque in occupied East Jerusalem, according to his family and medical sources.

The Israeli Hadassah Hospital, Ein Kerem, announced the death of the wounded man, who was transferred a few weeks ago from the Old City neighborhood to the hospital, in a critical condition due to a head injury.

His family also announced his death in an audio message sent to journalists, according to AFP.

The Palestinian News Agency indicated that his name is Walid Al-Sharif (23 years), and he is from the Beit Hanina neighborhood in East Jerusalem.

She explained that he was wounded on April 22 during clashes between Israeli forces and Palestinian youths in the courtyard of Al-Aqsa Mosque, located in the Old City of East Jerusalem.

In addition, a hospital spokeswoman told AFP that his injury was not caused by live ammunition.

It is reported that more than 300 Palestinian demonstrators were injured in the April clashes.