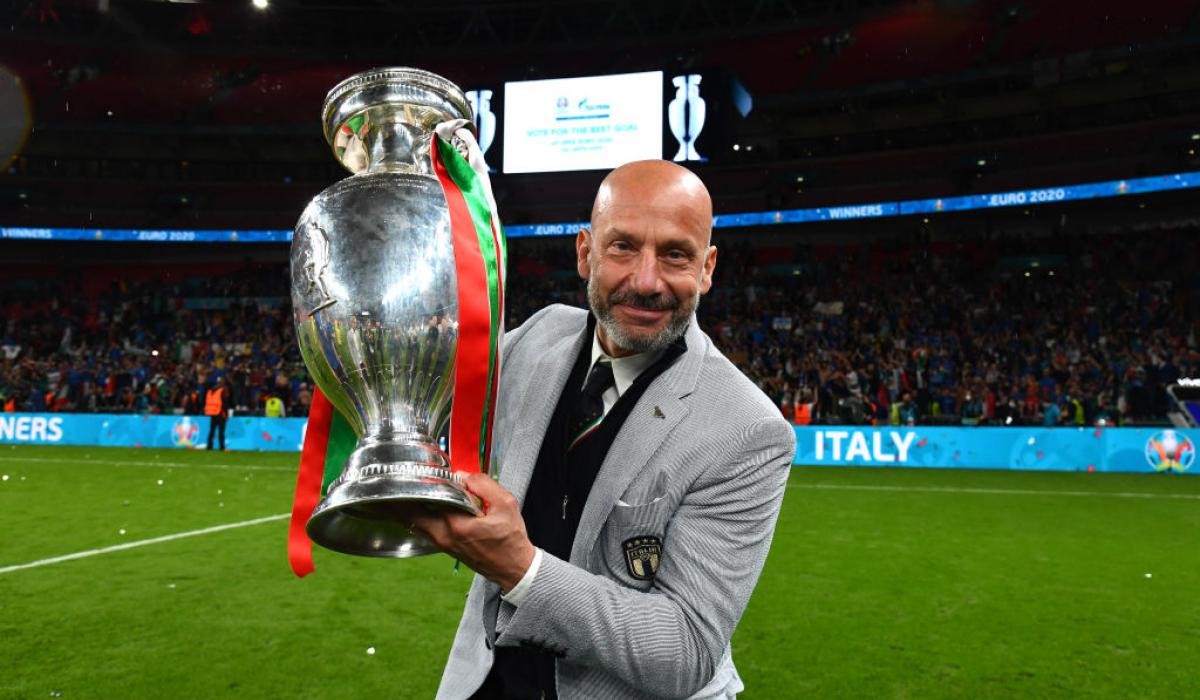 Former Italy striker Gianluca Vialli died at the age of 58, after suffering from pancreatic cancer in recent years, according to what his former club, Sampdoria, announced on Friday.
“We will remember you as an unstoppable centre-forward,” Sampdoria said in a statement on its official website.
As for the Italian Federation website, it posted on its Twitter account: “Ciao Gianluca, we will remember you forever.”
Vialli contracted the disease in 2017, and after a first treatment period, it seemed that he got rid of it, especially during his work as assistant coach of the current Italian national team and his former colleague in Sampdoria, Roberto Mancini, when he won the European Cup in the summer of 2021. But the malignant disease returned and he was hospitalized on December 14 for treatment before his death. Today.
In his career as a player, Vialli shone for the first time in Sampdoria alongside the current national team coach Roberto Mancini, where he led the club to the Italian League title (1991) and the European Cup Winners’ Cup (1990) and to the Champions League final (1992).
Then Vialli left for Juventus (1992-1996) and Chelsea (1996-1999), where he continued to add titles to his collection, including the Champions League title with the “Bianconeri” (1996), with which he also won the UEFA Cup (1993), before To add another continental crown in the European Cup Winners’ Cup with Chelsea (1998).
Vialli played 59 international matches, scoring 19 goals, and participated in two versions of the World Cup finals, coming third in the version hosted by his country in 1990, and one in the European Cup in 1988 when his team reached the semi-finals.