The death of Sheikh Saleh Al-Luhaidan, a member of the Council of Senior Scholars in Saudi Arabia 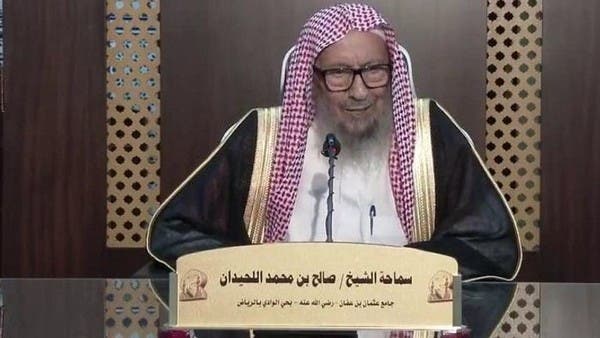 Sheikh Saleh Muhammad Al-Luhaidan, a member of the Council of Senior Scholars in Saudi Arabia, died early this morning, after suffering from illness.

And the family of Sheikh Al-Luhaidan said on the social networking site “Twitter”: “We belong to God and to Him we shall return. May God bestow our condolences and the condolences of the Islamic nation on the death of our sheikh and father, Saleh bin Muhammad Al-Luhaidan, may God have mercy on him, and pray for our Sheikh today, Wednesday, after the afternoon prayer at Al-Rajhi Mosque in Riyadh.” “.

We belong to Allah and to Him we shall return

Asking God Almighty
To cover him widely with his mercy
And may he dwell in the vastness of his paradise pic.twitter.com/GKjtwiGHV9

Sheikh Al-Luhaidan was exposed to a health crisis weeks ago, after which he entered the hospital, and his name took the lead at the time, amid the interaction of a large number of preachers and celebrities with the news of the Sheikh’s illness on Twitter, as tweets poured out calling for him to recover.

Al-Luhaidan has held many positions in Saudi Arabia and has written many books.