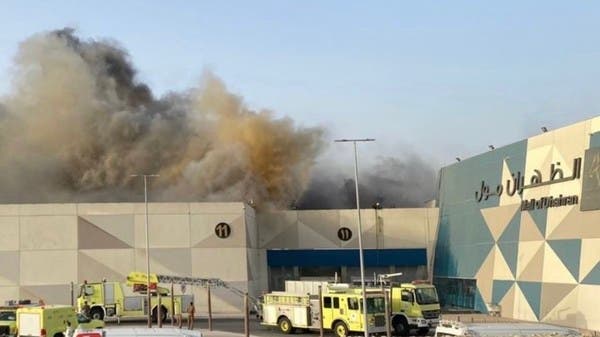 Today, Sunday, Arabian Centers Company announced that a partial fire had occurred in Dhahran Mall, located in Dhahran Governorate in the Eastern Province, on Friday morning, May 13, 2022.

And it said in a statement on “Saudi Tadawul”, that the fire broke out during the early hours of the morning and before the official opening of the mall, and it was controlled by the competent authorities without causing any injuries or human deaths, noting the role of the emergency squad of the civil defense in the governorate, which contributed to Control and extinguish the fire in record time.

She added that according to the preliminary field survey, the fire affected a limited area of ​​the mall expansion located on the western side, which was opened in 2008, where the area of ​​the damaged parts constitutes less than 10% of the total rental areas of the mall.

The company is still waiting for the detailed accident report, which will be issued by the Civil Defense.

The Arabian Centers expected the mall to reopen within the next few weeks due to the limited fire, explaining that it will assess the financial impact resulting from the accident after completing the site survey procedures, despite its initial expectation that the financial impact that the company will incur will not exceed 25 million riyals in the presence of coverage Comprehensive insurance for the mall, which the company has initiated the procedures for claiming.

She pointed out that the insurance coverage for this center and for all the other 20 commercial centers is comprehensive, as it covers the entire facilities of the malls and also covers any revenue losses resulting from the suspension of its operational activities as a result of such type of accidents.

For its part, the Arab Cooperative Insurance Company said that it had received a report of a fire accident in the Dhahran Mall complex in the city of Dhahran, which is affiliated with the Arabian Centers Company, and upon receiving the report, it appointed a loss estimator licensed by the Central Bank of Saudi Arabia to assess the damage caused by the fire.

The Arab Insurance Company clarified that the losses resulting from this fire are duly insured by the reinsurers at a rate of more than 99.5%, and therefore there will be no material financial impact on the company’s financial results.

She said that, according to preliminary estimates, she expects that 11 out of 64 stores in the mall have been damaged due to the fire, in addition to the existence of comprehensive insurance coverage for Al Hokair branches in the mall, which also covers any losses resulting from the cessation of its operational activities.

Alhokair expected that the financial impact would not be significant, noting that it operates about 1,800 stores.

Meanwhile, the Saudi Company for Hardware and Tools “SACO” said that the fire did not reach its showroom, and the financial impact resulting from the accident and the closure will be carefully evaluated later.