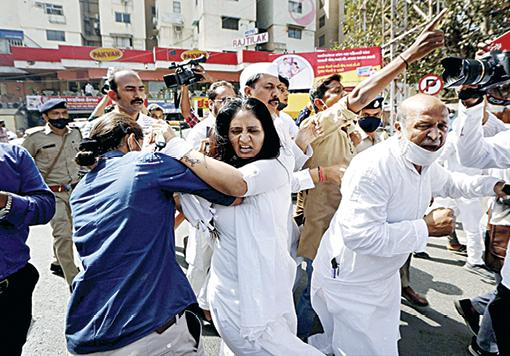 When the country was under British rule, Mahatma Gandhi marched to Dandi against the salt tax imposed by them. This historic event is called the Dandi Pilgrimage.

Former President of the Congress on this day Rahul Gandhi In a Facebook post released yesterday, he said, “India is being bound by RSS-led dictatorial forces. We must renew our personal obligations for the freedom of all. We will be guided by Gandhiji’s exemplary struggle and continue the march for freedom. Jai Hind!” That said.