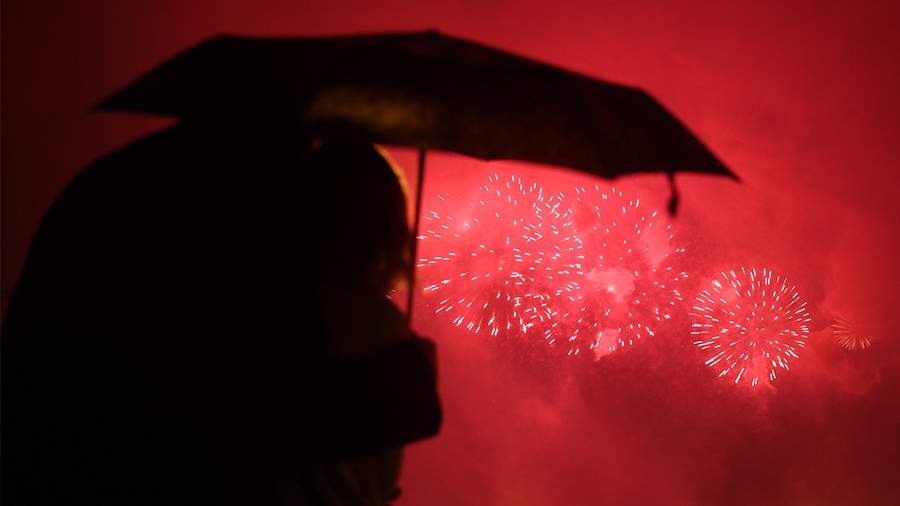 Traditionally, on Victory Day, May 9, citizens launch large fireworks. Sergei Khomyakov, doctor of medical sciences, chief physician of Invitro-Moscow, told Izvestia about what dangerous substances pyrotechnics emit during explosions, from what distance and angle it is safe to watch fireworks, and whether fireworks are harmful to eyesight.

As the expert explained, the level of luminous flux produced by fireworks is, depending on the power, up to several tens of thousands of lumens. For a healthy person, such light exposure is safe – the eye responds physiologically to a wide range of light intensity.

At the same time, according to Khomyakov, only a short-term decrease in the photosensitivity of the eyes (blinding) can be noted, which is restored within a minute. In this regard, it is better to look at the fireworks while standing still, and it is also undesirable to drive transport at this moment.

Salutes explode at a height of 10-100 m – such a distance is safe from the point of view of light exposure. However, during the takeoff and explosion of pyrotechnics, the elements of the exploding product are separated, which scatter 30-100 m. In this regard, the expert recommends carefully studying the instructions, which indicate the safe launch distance.

“Products of classes 1-3 are sparklers, firecrackers, firecrackers. They can be dangerous for the eyes, cause chemical and thermal burns of the cornea, conjunctiva. Up to 15% of injuries caused by pyrotechnic explosions are in the eyes. Therefore, it is extremely important to follow the safety instructions that come with such products,” Khomyakov added.

The danger of fireworks in certain diseases

At the same time, salutes can be dangerous in case of certain diseases: for example, with cervical osteochondrosis, due to tilting the head up, a pain reaction can occur that radiates to the back of the head, to the arm or under the shoulder blade. In addition, there is a risk of reduced blood supply to the brain, migraines, blurred vision (“blackouts”), coordination, and even heart rhythm disturbances.

“Within 10 minutes of fireworks, most likely, nothing terrible will happen, but when the first symptoms appear, you should return to your usual body position, close your eyes, sit down. In order not to lift your head, you should move away and look at the fireworks not from the bottom up, but from the bottom and side, ”the doctor advised.

In addition, salute may not be safe for people with epileptogenic activity and those who suffer from migraines: bright flashes of light can provoke an attack.

Risk of respiratory injury due to substances that fireworks release

When using fireworks, you should also pay attention to the fact that such products emit substances that can cause damage to the respiratory tract. According to the specialist, after explosions of fireworks in the air, the concentration of suspended solid particles increases by about two to three times.

“Suspended particles smaller than 2.5 microns can stay in the atmosphere for hours and, penetrating deep into the lungs, cause damage to them. Particles smaller than 155 nm contain toxic macronutrients of gunpowder – sulfur, copper, barium, calcium, aluminum, strontium. All of them are unsafe for health, especially with chronic exposure, ”the doctor warned.

He noted that globally, pyrotechnic explosions do not cause significant harm to nature, but in places where people live compactly, that is, in cities, it is better to reduce the amount of air pollutants. Therefore, Khomyakov recommended to refrain from fireworks in residential areas.

“Sleeping areas are called “sleeping areas” for a reason. They are designed for relaxation, measured calm pastime. Salutes, as a rule, blow up at dusk, when a person and a number of domestic animals are getting ready for bed. The noise of explosions, bright flashes of light can interfere with falling asleep and cause a stress response in the body. In addition, pyrotechnic explosions are accompanied by the release of a large amount of toxic gases – combustion products of gunpowder and dyes, which are added to pyrotechnic mixtures to give color to light flashes, ”he emphasized.

Are fireworks safe for children?

The specialist also warned that the fireworks could frighten children, who have an innate fear of loud pops and bright flashes. He emphasized the importance of explaining to the child that fireworks are one of the attributes of the holiday, to form positive associations in his mind.

“After 4 years, children begin to form an imagination that will link fireworks with some events. Strictly speaking, you can take a child with you to watch the fireworks at any age, but if you do it consciously, it’s better from the age of 4-5, after preparing the child and explaining what kind of festive event it is and what it is due to, ”added doctor.

On May 5, the Moscow City Hall reported that fireworks in honor of Victory Day would be held in Moscow at 22.00 at 36 sites. The mayor’s office also noted that more than 20,000 people will provide public order and security during events. Additional squads of the police and the National Guard will also be involved, they will be assisted by people’s guards.