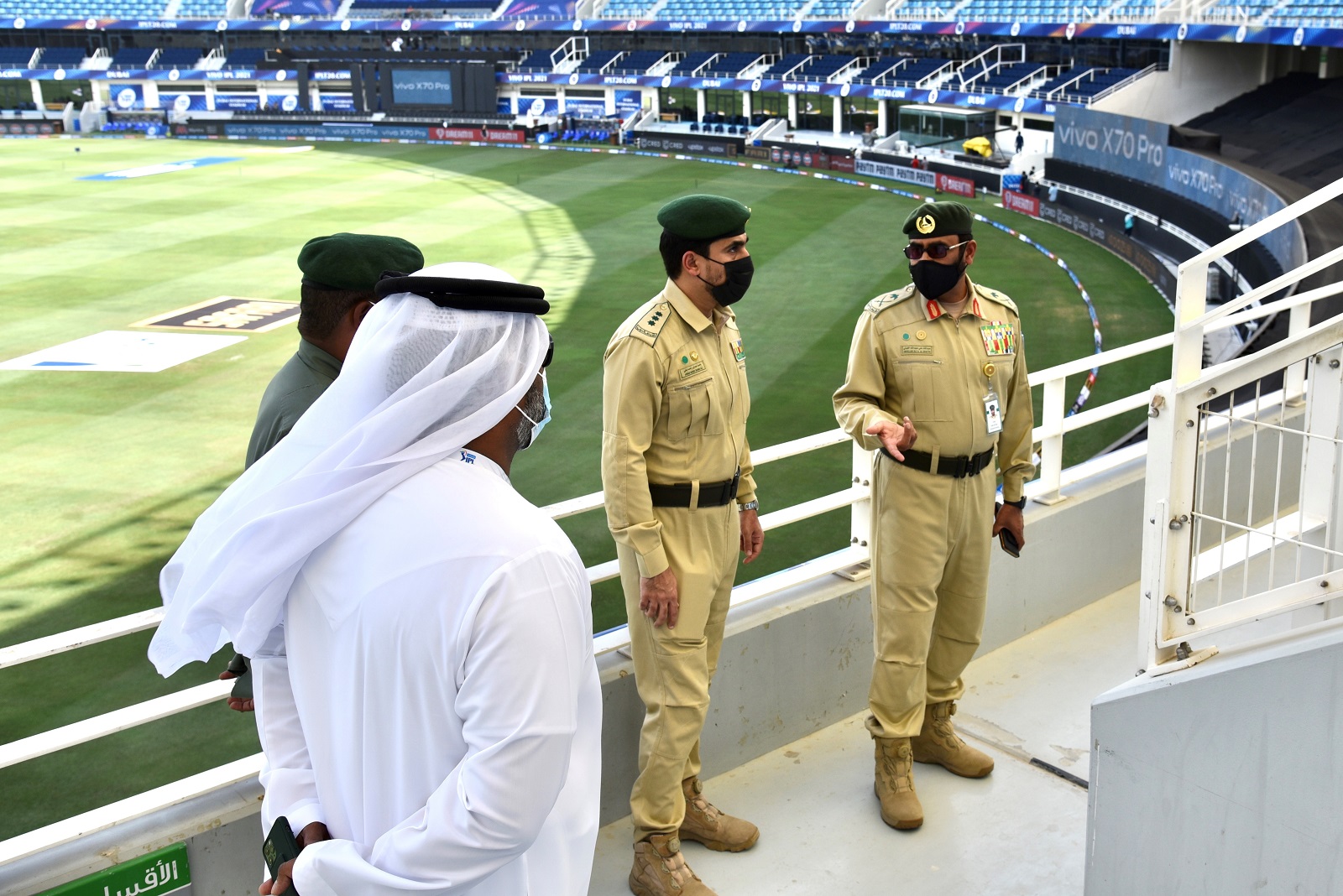 His Excellency Major General Abdullah Ali Al Ghaithi, Director of the General Department of Security of Organizations, Facilities and Emergency in Dubai Police and Chairman of the Events Security Committee in Dubai, held a coordination meeting to secure the hosting of the 2021 Cricket World Cup finals in its seventh edition, with the participation of 16 teams from different continents, whose 23 final matches will be launched. This October on the stadiums of Sheikh Zayed Stadium in Abu Dhabi, Dubai International Cricket, and Sharjah Cricket Stadium, and will continue until November 14.

During the meeting with the Indian Cricket Council, the Emirates Cricket Council, and cricket clubs in the country, Major General Abdullah Ali Al Ghaithi discussed the security and precautionary measures taken during the Cricket World Cup matches held in Dubai, and the joint responsibility that this entails, and the need to adhere to the precautionary measures and measures it takes The state, in accordance with the safety standards and prevention instructions followed, issued by the Supreme Committee for Crisis and Disaster Management in Dubai, and government agencies, in addition to maintaining the safety of the public and athletes, and ensuring the application of the highest standards of safety and security in clubs for athletes, visitors and the public alike.

Major General Al-Ghaithi confirmed that the Events Security Committee is fully prepared to receive and secure the sporting event, especially in the India-Pakistan meeting, which will attract large fans of this sport. Pitch with flexibility and ease.

Major General Al Ghaithi pointed to coordination with the partners from the security companies participating in securing the event, in order to determine the security controls and procedures, to ensure that the event came out in an honorable manner that reflects the harmony and harmony of all work teams. The tournament will be played on Abu Dhabi, Dubai and Sharjah stadiums, which requires communication, cooperation and coordination.

At the conclusion of the meeting, Major General Al Ghaithi wished success for this great global event that will be watched by millions, and which is organized in exceptional circumstances, especially since many major activities and events are being held during this period on the country’s land, the most important of which is Expo 2020 Dubai, and what this represents is a great challenge that proves to the world the ability of The UAE and its entitlement to be a destination for international events due to its efficiency and ability in organizing and securing events.