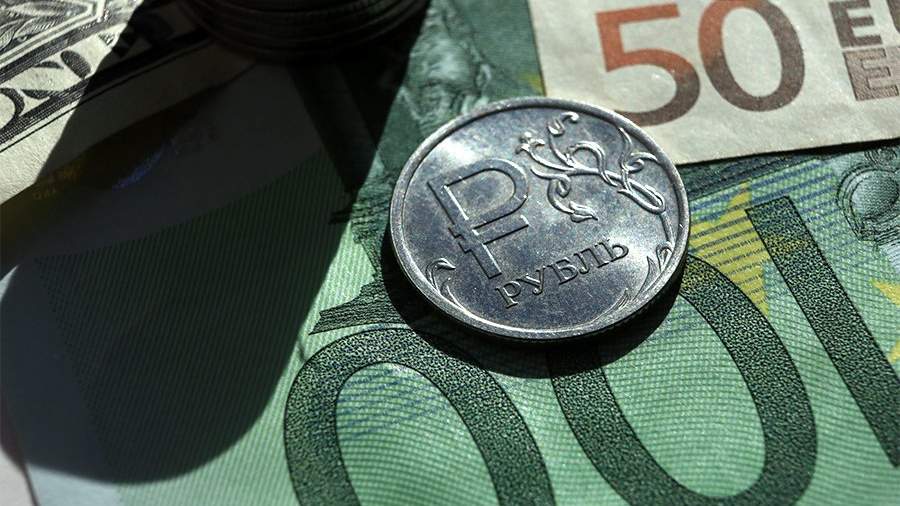 Bloomberg should only compare freely convertible currencies with each other, but the Russian ruble is not among them, so the comparison base is not the same. This was stated to Izvestia by an associate professor of the Russian University of Economics. G.V. Plekhanov Denis Domaschenko on Thursday, May 12.

Earlier in the day, Bloomberg reported that the ruble is the best currency in the world in 2022. It was noted that the Russian national currency against the dollar has grown by 11% since the beginning of the year, becoming the leader among 31 major currencies monitored by the agency’s experts.

The agency attributed the growth of the ruble to the result of measures taken by the Russian government to protect the currency after Western sanctions. Among them – control over the movement of capital, the obligation of exporters to sell foreign currency, the requirement from unfriendly countries to pay for Russian gas in rubles.

It was emphasized that other countries that have introduced capital controls in the recent past have not achieved the same results. Thus, the measures of Turkey and Argentina led to disastrous consequences for the lira and peso, which reached new historical lows and never recovered.

The economist added that restrictions on the cross-border movement of capital have converted the ruble into a non-freely convertible format, so there are anomalies in exchange rate formation.

Commenting on the capital control measures in Turkey, the expert said that there is a negative current account balance in this country and there are non-residents in the financial markets, but neither of these apply to Russia.

“If there were non-residents and a convertible ruble in the Russian Federation, then the exchange rate would be where it was on February 23 at Forex — in the region of 130-150 rubles per dollar. But now a wall (dam) has been put up, so the spread (the difference between the best selling price and the best buying price of a certain asset on the exchange. – Ed.) between the exchange rate and the cash rate expands when stock quotes fall,” he said.

Evgeny Shatov, partner of Capital Lab, also said that the strengthening of the ruble does not quite objectively reflect the real state of the Russian economy. It is mainly due to the introduction of currency control measures, including a restriction on the purchase of foreign currency for individuals, a sharp decrease in imports due to the imposition of sanctions by European countries and the United States in response to the start of Moscow’s special operation in the Donbass.

Answering the question of where else the ruble is growing, except for the Moscow Exchange, the specialist noted that today the ruble exchange rate calculated according to the WM / Refinitiv methodology and the exchange rate on the Moscow Exchange are slightly different. The WM/Refinitiv methodology is designed to provide greater transparency in pricing in the foreign exchange market. It builds on data sourced directly from market transactions, using several methods of checking fixed and calculated rates to get accurate spot rates for every correction throughout the day, he said.

On May 12, according to the Moscow Exchange, the ruble continued to strengthen. The euro fell below 69 rubles for the first time since February 2020. The dollar exchange rate is heading to the mark of 65 rubles.

On the eve of the American Association of Traders in Emerging Markets (Trade Association for the Emerging Markets, EMTA), it was recommended that traders from June 6 not use Moscow Exchange data to determine the ruble exchange rate, but focus on Refinitiv information. It was noted that the change could update the EMTA standard terms, which serve as “the recommended basis for contracts for ruble non-deliverable foreign exchange forwards, foreign exchange options and cross-currency foreign exchange transactions.” At the same time, the Moscow Exchange rate will be indicated as a reference.

Bloomberg clarified that before the start of Russia’s operation to protect the Donbass, traders had little doubt about using the domestic rate, given the close connection between it and that used in foreign banking centers. But in recent months, fears have emerged that the local exchange rate is overvalued due to capital controls, and the currency has bounced back after “deep losses” in late February.

Financial analyst, trader Artem Zvezdin told Izvestia that the ruble exchange rate that has developed on the Moscow Exchange is artificial. It will be possible to talk about the fair value of the Russian national currency only when there is a completely open market in the Russian Federation and everything returns to normal, he added.