The Egyptian Ahmed Fattouh sends a shock to the Spanish national team .. and worries Barcelona 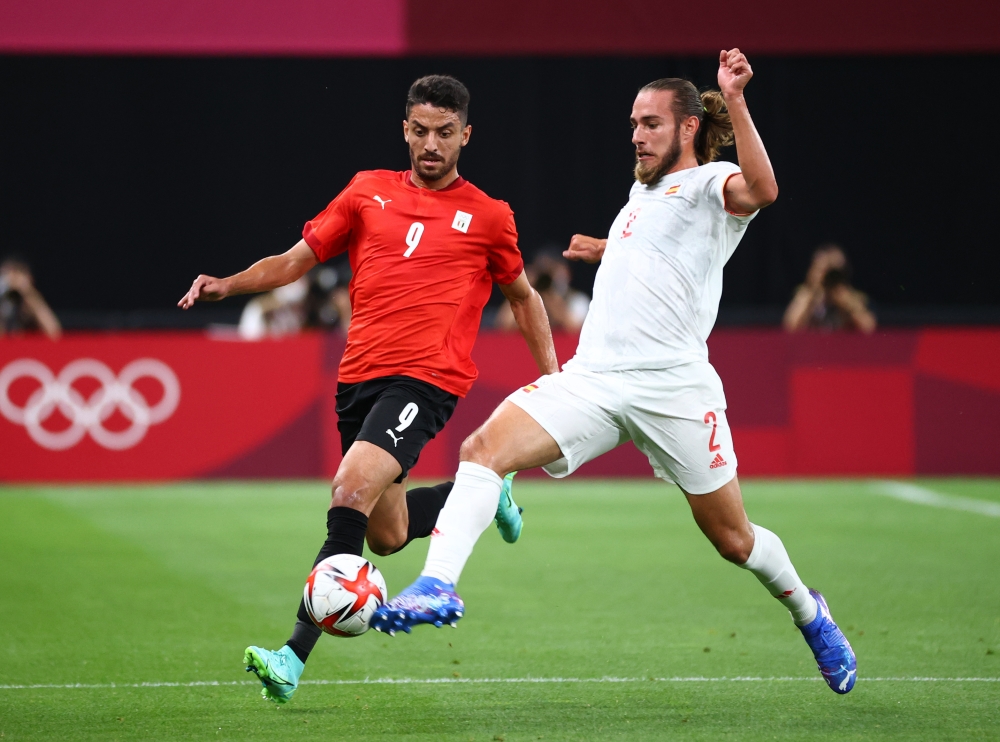 
The match of the Egyptian national team in its first match in the Olympic football competitions in the Tokyo 2020 session witnessed a disturbing injury to the technical staff of the Spanish team led by coach de Lafuente, after defender Oscar Mingueza fell injured in the first half of the opening match between Egypt and Spain in the third group in Olympic football. held at Sapporo Stadium.

Behind the injury was the Egyptian player Ahmed Fattouh, who intervened strongly on the player’s foot, and subsequently received a yellow card, but right-back Mingueza was unable to complete the match, to be quickly removed from the field and replaced by the Madridista Vallejo in the 22nd minute, amid great concern among the Spanish technical staff The concern also moved to his club Barcelona, ​​especially since the player is among the important elements in the “Catalan” defense, and Dutch coach Ronald Koeman is betting on him in the new season.

And the “Football Spain” website said that the tests that the player will undergo in the coming hours will be decisive in the type of injury, and the technical staff of Spain and Barcelona hope that the injury will not be serious, and that the player may be able to complete the tournament, as he faces the Australian team in its second meeting next Sunday. .

Users ask Raúl Romero to return to TV: “You were entertaining us without showing vulgarities”

Jakkanna has planned another surprise from ‘RRR’.

Vaccine and PCR information is now available on Emirates ID

There is no free vaccination for visitor visa holders in Ras Al Khaimah; The news spread is fake

André Silva: "Families see themselves as in a mirror with our stories"