The Egyptian league is getting redder… These are the reasons for the fall of Zamalek in El-Mahalla! 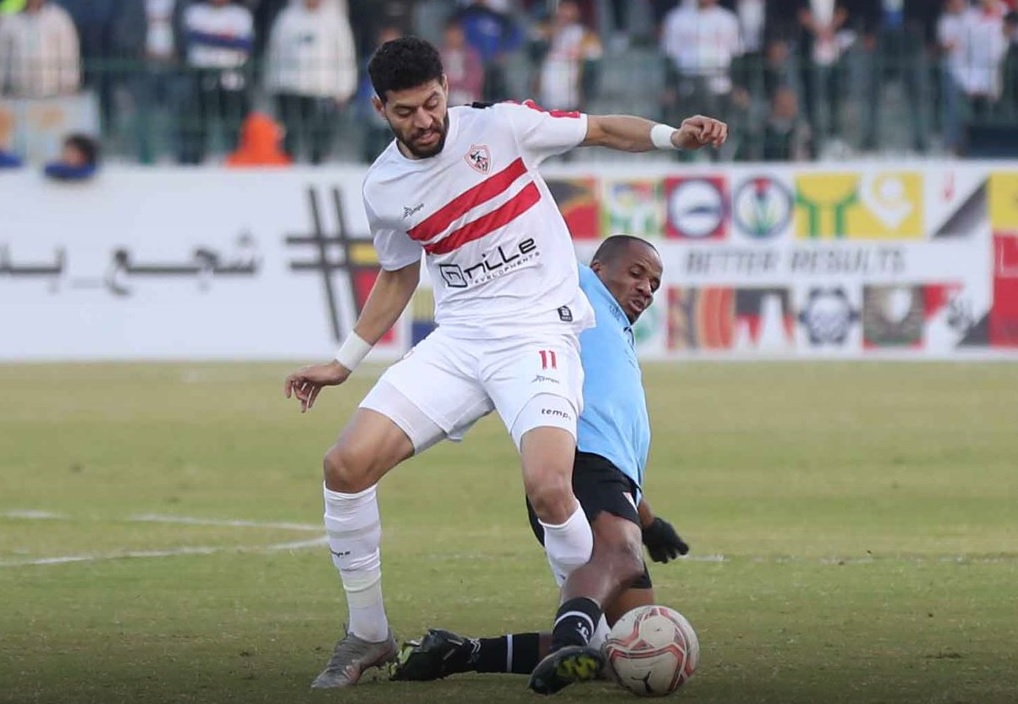 Zamalek, the defending champion, received a new blow by losing to its host Ghazl El Mahalla 1-2, today, Tuesday, in the 15th round of the Egyptian Football League.
Al-Mahalla advanced with the goals of Nigerian Gabriel Orek (4) and Ahmed Al-Nadri (19), and Zamalek narrowed the difference through Ahmed Sayed “Zizou” (62 from a penalty kick) in a confrontation in which work was disrupted with the “mouse” video technology.
Five reasons stood behind the defeat, the first of which was the bad morale after falling 3-0 against traditional rivals Al-Ahly in the last round of the league, in which Zamalek did not present the expected level, which burdened its players and increased the anger of its fans towards the club’s management headed by Mortada Mansour, who had entered into polemics with him. Some of the team’s players have reached the point of accusing some of them of using narcotic substances.

My goal is spinning the locality in #zamalek 0/2 Al-Mahalla goals in Zamalek, two goals from Al-Mahalla against Awwad and Mad Bilal Allam
The goals of Ghazl Al-Mahalla in Zamalek 0/2, and the madness of commentator Bilal Allam is something imaginary. Jolin Al-Mahalla#Riyadh #Jaddah #Saudi Arabia #Ronaldo _ Nasrawi #Cristano_Ronaldo pic.twitter.com/lXgGjFumkC

The second reason for the loss from Al-Mahalla is the lack of confidence in the Zamalek players and their entry into the match lost, as if they were a small team that could not deal with matches outside its land, its ranks disintegrated, and selfishness prevailed over some of its players.
And the third reason is due to the loss of the Portuguese “Professor” Ferreira’s influence and magic on the team, and even that his substitutions did not make a difference in a number of matches, in addition to his excessive philosophy in his choices for the starting lineup.
The fourth reason was embodied in the Mahalla stadium, which was difficult for the guests, whether it was on Zamalek or the other pole, Al-Ahly, and the Mahalla fans put pressure on the Zamalek players and played a role in encouraging the players of his team.
The fifth reason is the absence of Zamalek’s offensive tendency, the lack of an outspoken, decisive striker, and the absence of a distinguishing mark on the bench that can change the reality of matches from inside the box.
It is noteworthy that Zamalek’s balance froze at 26 points, 8 points behind Al-Ahly, which has a golden opportunity to increase the difference to 11 points if it beats Al-Ahly Bank in the same round.