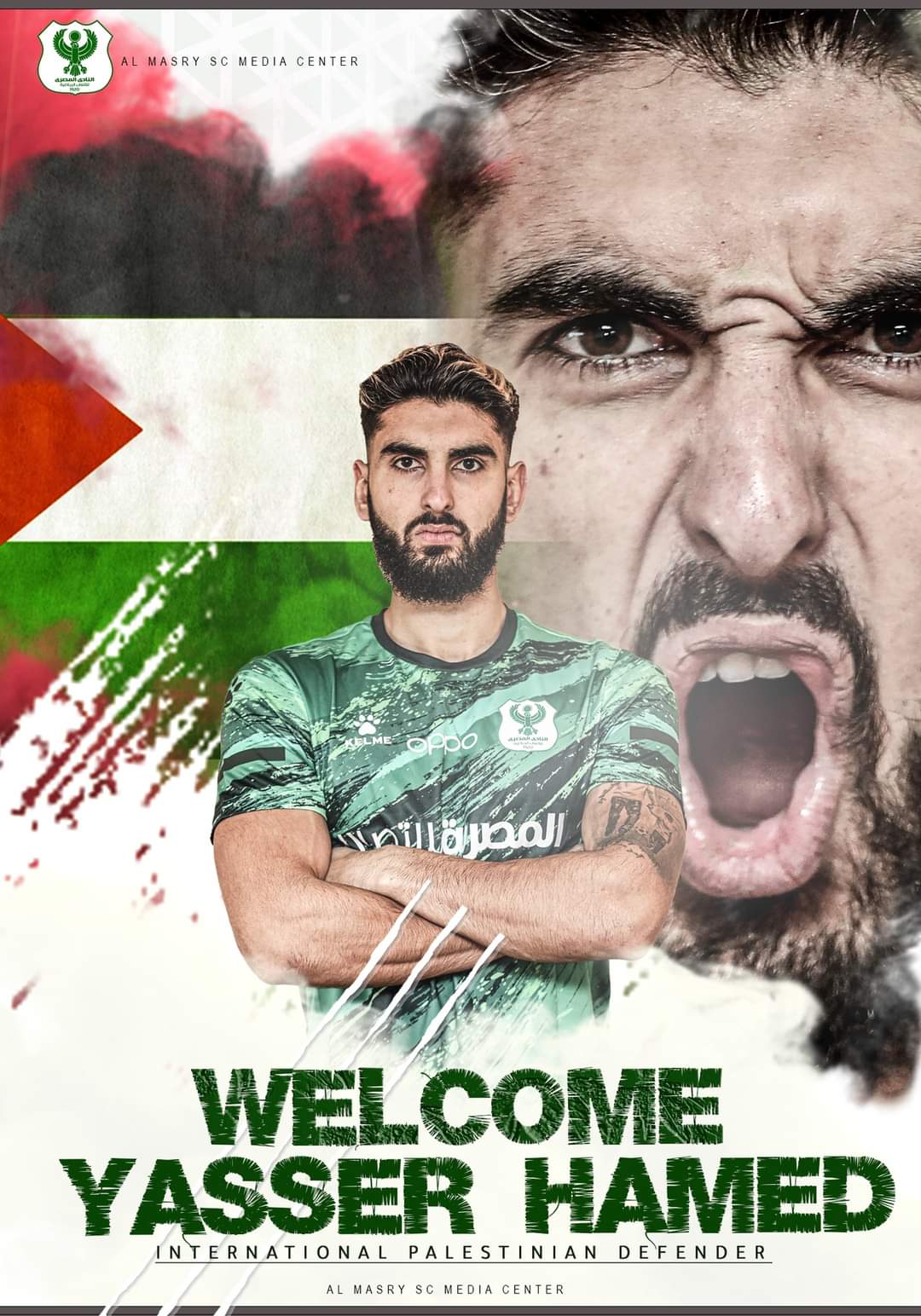 Al-Masry Al-Port Said football team announced the signing of Palestinian international defender Yasser Hamed, with a contract that extends for two and a half seasons, starting from the current winter transfer period.

Al-Masry stated on his official page on the social networking site “Facebook” today, Saturday, that the club’s board of directors concluded a contract with the Palestinian player Yasser Hamed, with a contract that will continue until the end of the 2023/2024 season.

Yasser Hamed became Al-Masry’s first deal in the current winter transfer period, and he plays in the center of the defense player.

Hamed previously played for the Spanish clubs Athletic Bilbao, Arenas, Giarta, Santorzi, Liwa and Portugaletti, before joining the Bahraini team Busaiteen. The player participated with the Palestinian national team in 18 international matches, during which he scored five goals.