No Result
View All Result
Latest News
Gold at age 13: Unreal Japanese girl on skateboarding 26/07/2021
The EU warned of the danger of a “loneliness pandemic” 26/07/2021
Kerala Government’s sensational decision .. Employees have to do that work immediately after marriage 26/07/2021
Rafo Raéz returns to the stage with a special show prior to National Holidays 26/07/2021
Can a mother with Govt infection breastfeed her baby? 26/07/2021
Next
Prev
Home Sports 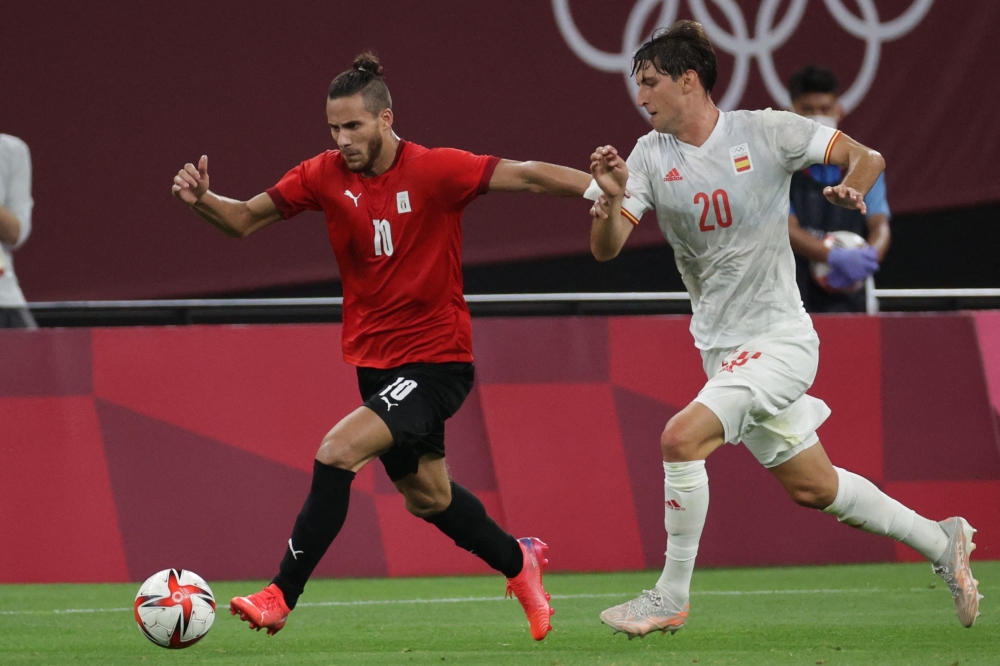 
The Egyptian and Spanish teams opened the men’s football competitions at the Tokyo Olympics with a goalless draw today in the first round of Group C competitions.

The Egyptian team was able, thanks to its defensive method, to reduce the danger of the Spanish team’s stars and get its first point in the current edition of the Olympics. This comes as a surprise, especially since Spain was a strong candidate on paper. A draw will also make Egypt prepare for the next two matches.

Play was confined to the midfield until the 27th minute, which witnessed the first dangerous opportunities for the Spanish team, when Dani Ceballos hit a powerful ball from outside the penalty area of ​​the Egyptian team that hit the bottom of the left post of goalkeeper Mohamed El-Shennawy. After that attack, the Spanish team continued to control the course of the meeting and continued its offensive attempts in search of scoring the goal of progress, while the Egyptian team continued to rely on its defensive method and counter-attacks.

The remainder of the first half did not witness any serious attempts on the two goals, as play was confined to the midfield until the referee blew the whistle at the end of the first half, imposing a negative tie between the two teams. The Spanish team intensified its offensive attempts at the beginning of the second half in search of a goal to advance, on the other hand, the Egyptian team continued to rely on narrowing spaces and launching counter-attacks.

In the second minute of stoppage time, the Spanish team almost scored the goal when Dani Olmo hit a powerful ball from outside the penalty area, which El Shennawy saved, but it fell from his hand, but Ahmed Hegazy sent it away to a corner kick that was not used. A minute later, Vallejo missed a sure goal for the Spanish team when a cross was played inside the penalty area of ​​the Egyptian team, which Ahmed Hegazy touched with his head, but Vallejo shot it from inside the six yards area, but it hit the outside net. The remaining minutes did not witness anything new, so the referee blew the whistle at the end of the match, imposing a negative tie between the two teams.

As the only South film to be screened there .. a rare tribute to Surya!

Houthis killed in an infiltration operation in Hodeidah, and their mines are preparing for the fleeing

Two veteran candidates to succeed Griffiths to Yemen.. Get to know them

PHILIPPINES: A crashed fighter jet with 85 young soldiers inside