No Result
View All Result
Latest News
Beyoncé and Jay-Z’s mansion burned down after allegedly arson 27/07/2021
There is no plan to print a new rupee note: Minister Nirmala Sitharaman 27/07/2021
Olympic hockey: Recovering from defeat Indian team: 2nd victory over Spain 27/07/2021
Mishustin inspected the airport complex under construction in Yuzho-Sakhalinsk 27/07/2021
Visakha to Guntur Skating .. This is a world record, innovative 27/07/2021
Next
Prev
Home Sports 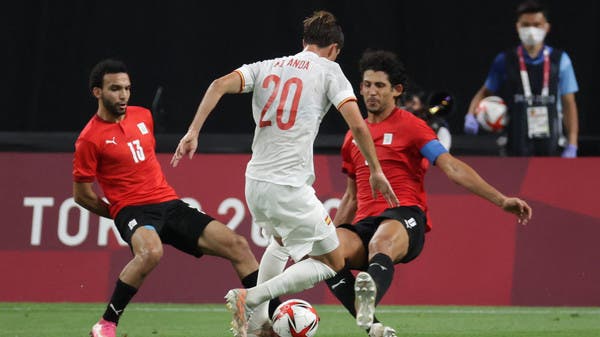 
The Egyptian and Spanish teams opened the men’s football competitions at the Tokyo Olympics with a goalless draw on Thursday in the first round of Group C competitions.

The Egyptian team was able, thanks to its defensive method, to reduce the danger of the Spanish team’s stars and get its first point in the current edition of the Olympics.

It is scheduled to meet the Argentine national team with its Australian counterpart later in the day in the group matches.

Laly Goyzueta after receiving second dose against COVID-19: Proud to have been a volunteer

An analyst gave advice on buying currency before going on vacation

Bailiffs doubled the amount of penalties in six months

Who gets quarantine concessions in Qatar? The updated terms are as follows