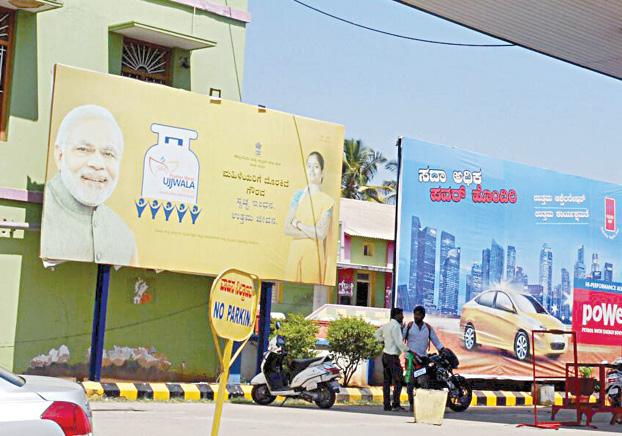 Across the country Petrol The Election Commission has ordered the removal of Prime Minister Narendra Modi’s advertising banners placed at polling stations.

Legislative elections for the five states of Tamil Nadu, Pondicherry, Kerala, West Bengal and Assam will be held in March and April. The Election Commissioner announced the election dates for these states on the 26th. The Code of Conduct for Elections came into force on that day.

Accordingly, political parties are prohibited from campaigning through advertising banners and posters. In addition, statues and photographs of political leaders placed in public places are covered.

In this context, across the country Petrol Opposition parties have stated they will not run in the by-elections, but will use banners with a picture of Prime Minister Narendra Modi. In addition, the banners are engraved with the welfare schemes of the Central Government. This will have an impact among voters in the states where the election will take place. Therefore, they insisted that advertising banners with Modi’s image should be removed.

After considering the complaints of the opposition, the Chief Electoral Officer removed all the banners of the Prime Minister within 72 hours. Petrol Has also ordered stations.

Nationwide Corona vaccine Is being distributed. In this case, the San Rita issued for vaccination in Kerala Prime Minister Modi The picture and some parts of his speech were printed.

Kerala is scheduled to go to the polls on April 6. Here the rules of electoral conduct are in force. In this case, the inclusion of Modi’s image in the Govt-19 certificate is against the rules of electoral conduct. Therefore, Mithun Shah, president of the Democratic Youth Federation of India, has lodged a complaint with the Election Commission seeking immediate action.