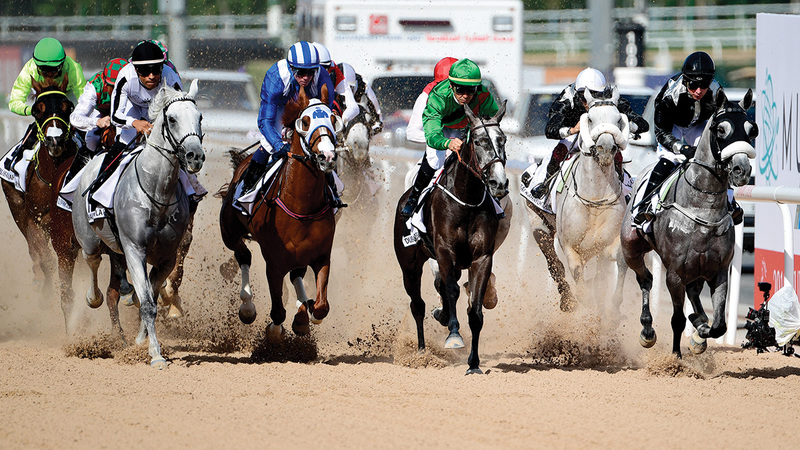 Under the directives of His Highness Sheikh Mansour bin Zayed Al Nahyan, Deputy Prime Minister and Minister of Presidential Affairs and Chairman of the Board of Directors of the Emirates Racing Authority, the authority announced the launch of the “Oscars of Racing”, with the aim of honoring outstanding achievements in all fields related to horse racing in the country.

Sheikh Rashid bin Dalmouk Al Maktoum, Vice Chairman of the Emirates Racing Authority, expressed his sincere thanks and appreciation to His Highness Sheikh Mansour bin Zayed Al Nahyan, for this generous initiative, and its significant positive impact on encouraging the horse racing community in the country, and motivating those concerned. It and those in charge of it in order to double the giving and work to increase the level of brilliance of our races, pointing out that this step highlights the extent of the interest and care given by the UAE and its wise leadership to horse sports, with its status and link to the Emirati culture, social heritage and authentic Emirati heritage.

Sheikh Rashid bin Dalmouk Al Maktoum added that the award will not be directed only to a specific category in horse racing, but will also include media professionals and unknown soldiers, in addition to honoring the first generation of the founders, who played a pivotal role in laying the first building blocks for races in the country, and contributed to their development and access. To the world to compete the strongest and most ancient classic races around the world.

Regarding the mechanism for selecting winners within the “Oscar Racing”, the Vice Chairman of the Board of Directors of the Emirates Racing Authority confirmed that transparency will be the main criterion for the award, while details of the mechanisms and criteria for selecting winners will be announced in the coming weeks, noting that part of the selection mechanisms will be by voting specialists in the field Horses and Equestrians, while there will be an independent jury, has its own rules and principles, and its own evaluation method.

Sheikh Rashid bin Dalmouk Al Maktoum added that the masses who love horse racing will be involved in the selection process, in appreciation of the great role they play in enriching horse racing, through their permanent presence in all races that are held in the various state tracks, in addition to the involvement of representatives of the means of horse racing. The media, who are essential partners in conveying the course of our races to the world.

The award is divided into several categories, including all sectors of different horse racing, as the champion of the owners, trainers and jockeys championship, which is held annually after the end of the local season, will be honored, in addition to the creation of the “Best Knight Performance” and “Best Training Performance” award.

The award will include the “Immortal Footprint” category, and aims to honor the early founders of our local races, who left an important and long-lasting imprint on our races, in all fields, and the “Unknown Soldiers” award, in appreciation of the horse racing community working behind the scenes, whether in the tracks, races or the stables.

There will be a number of incentive prizes, most notably the “Rising Owner” award, which is intended for owners who own less than six horses, in addition to the “Young Knights” award. The “Ideal Fan” award will also be allocated in recognition of the fans who love horse racing, and the “Best Initiative” award, which aims to highlight the most prominent initiatives that have affected the local racing season.

A number of awards were allocated to the media, most notably the “Best Press Coverage” award for the Arab and English press, the “Best TV Coverage” award, and a social networking award, in addition to the “Best Image” award.

• The initiative aims to honor distinguished achievements in all fields related to horse racing.

• The honor includes all those involved in horse racing, including the Unsung Soldiers, the media and the public.

Categories of the “Oscar Racing”

6. The Immortal Footprint Award (the founders).