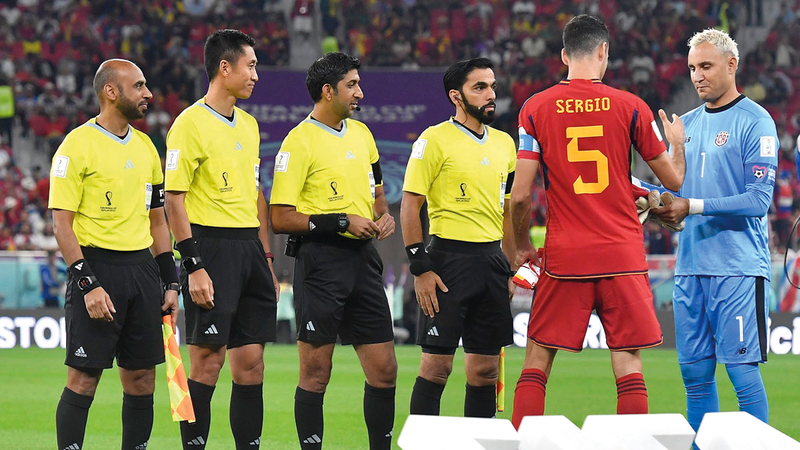 The International Federation of Football Associations (FIFA) has appointed an Emirati refereeing staff, led by international referee Mohammed Abdullah Hassan, to officiate the match between the Cameroon and Serbia national teams, which is scheduled for 2:00 pm today at Al Janoub Stadium, as part of the second round matches for Group G teams of the first round of the World Cup Finals (Qatar 2022). ), and the Emirati crew includes both assistant referees, Mohamed Ahmed and Hassan Al-Mahri. FIFA’s selection of the Emirati arbitration team comes in the second appearance in this World Cup after the distinguished arbitration performance that he presented during his first appearance in the Spain-Costa Rica match, which ended with Spain’s victory 7-0 in the first round.