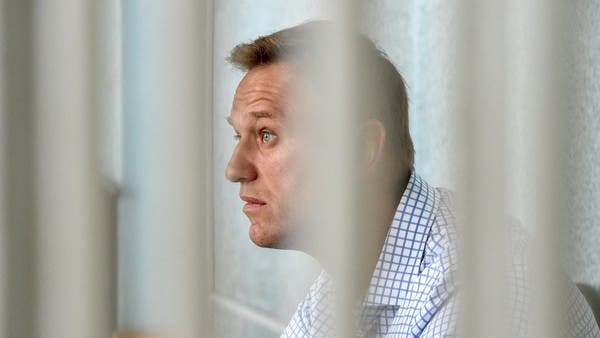 European Union Foreign Minister Josep Borrell said Monday that doctors trusted by Russian dissident Alexei Navalny should be allowed to visit him despite his hospitalization.

“We have received news that Navalny has been transferred to a regional prison hospital, but the Russian authorities still have to grant him immediate access to the doctors he trusts,” he added.

On Monday, the Russian Prisons Administration decided to transfer the Russian opposition figure Alexei Navalny, who has been on a hunger strike for nearly three weeks, to the hospital, considering that his health condition is “stable.”

“The Doctors Committee (…) decided to transfer A. Navalny to a hospital unit for convicts located on the grounds of Detention No. 3 in the Vladimir region,” the prison administration said in a statement, adding that he had agreed to take vitamins.

Navalny while being treated at a Berlin hospital

Doctors close to Navalny demanded, on Saturday, that they be allowed to see him immediately, affirming that he might have a heart attack “at any moment.”

His health is deteriorating

Sources linked to the Russian opposition said that the imprisoned Kremlin opponent is at risk of developing kidney failure, and that his eyesight has decreased more than two weeks after his hunger strike.

Navalny, 44, had entered a hunger strike, since March 31, in a protest move against what he described as the authorities ’refusal to provide him with appropriate treatment after severe pain in the leg and back that he had felt.

The representative of the Russian Doctors Alliance, Alexandra Zakharova, confirmed that Navalny was in “a really critical condition.”

Zakharova relied on tests for Navalny that his lawyer had provided her, and said union members did not examine it themselves.

She explained that “his potassium is high and he has other high readings, which indicates that his kidneys may fail soon.” Adding that “this leads to severe diseases and may lead to cardiac arrest.”

In February, Russia sentenced Navalny to two and a half years in prison, for allegedly violating his parole earlier.

Russian authorities arrested Navalny upon his return to his country from Germany, where he was receiving treatment after being poisoned with a nerve agent.