The ‘EVM Machine’ introduced in India in 1982: CPM winning the election; Cong won the case and won the ballot. 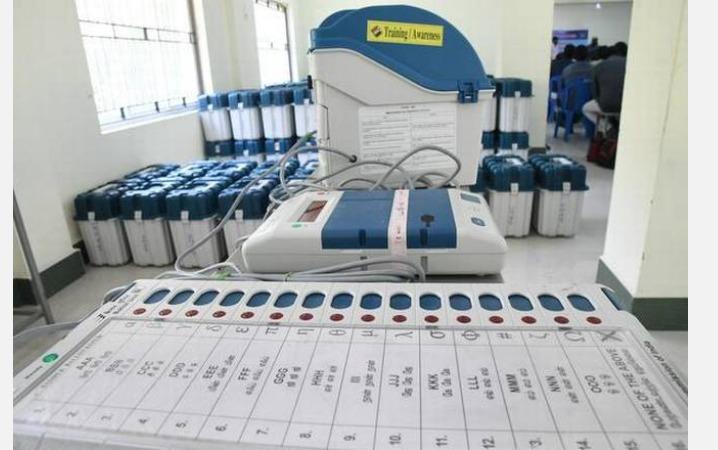 Although electronic voting machines were widely introduced across the country in 1998, they were introduced in India as early as 1982, and that too ended in chaos.

A. C. Jose from the Congress Party and N. Sivan Pillai from the Marxist Communist Party contested in this constituency. The two had a fierce rivalry. Shiva Pillai won by a margin of 123 votes.

However, A.C. Jose, who was not confident of election victory, filed a case in the Kerala High Court. In it, according to the Election Rules 1961, the Election Commission does not allow the use of electronic voting machines. He said EVMs should not be used under the Representation of the People Act. However, the High Court dismissed Jose’s petition.

The Supreme Court ruled that “according to the Representation of the People Act, elections must be conducted by ballot in accordance with the Electoral Rules, 1961. Elections may not be conducted in a new manner.”

Subsequently, in Parliament in 1992, the Representation of the People Act and the Electoral Rules were amended and a new section 61A was added. Accordingly, electronic voting machines have been widely used across the country since 1998.

Now, with the new system, the ballot box system has become more convenient for voters to know who they are voting for. The ballot paper will indicate the candidate of the party for which the candidate voted, his serial number and the name of the candidate. Once the ballot is inspected by the voter, it should be placed in a nearby box.

Previous articleRs 2500 crore fund in 45 days: Ayodhya Ramarkoil donation collection
Next articleWe are not like those you have dealt with so far: Binarayi Vijayan warns BJP