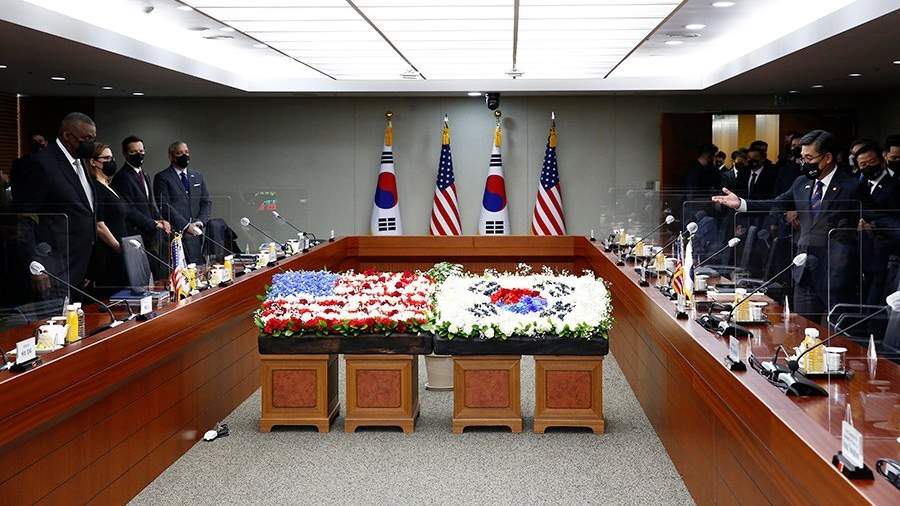 American leader Joe Biden, during his first tour of Asia on May 20-24, may demand that South Korea tighten sanctions against Russia and will most likely raise the issue of arms supplies to Ukraine. This opinion was expressed to Izvestiya on Wednesday, May 18, by the head of the Department of Russian Language and Russian Studies at the University of Foreign Languages ​​Hanguk Jae Sun-hun.

“The US has not yet proposed to South Korea to impose additional sanctions, including a ban on the import of energy resources such as oil and gas. But it is possible that they may demand that South Korea to some extent adjust the level of sanctions against Russia, taking into account the level of European countries. It is very likely that the United States will demand to supply weapons to Ukraine, ”the expert noted.

At the same time, the chances that Seoul will agree to provide its weapons to Kyiv under pressure from the United States still seem modest. As Jae Sun-hoon recalled, the Biden administration had already unofficially asked ex-president Moon Jae-in, who left in May, to send weapons to Kyiv, but he rejected such a request. Largely because Russia is important for the Republic of Kazakhstan as a country involved in the settlement of the problem of the Korean Peninsula, which is much more urgent for Seoul.

“And even if the new administration of Yoon Seok-yeol agreed to this, the opposition Democratic Party, which has a majority in parliament, is likely to oppose,” the South Korean expert concluded.

During his first trip to Asia since his election, the head of the White House will also visit Tokyo, where he will hold a bilateral meeting with Japanese Prime Minister Fumio Kishida, and will take part in the summit of leaders of the quadripartite security alliance QUAD, which, in addition to Japan and the United States, includes India and Australia.

“Another guarantee: against whom will the US strengthen the alliance with Seoul and Tokyo”