“The eye for those who attended” .. has already become a reality 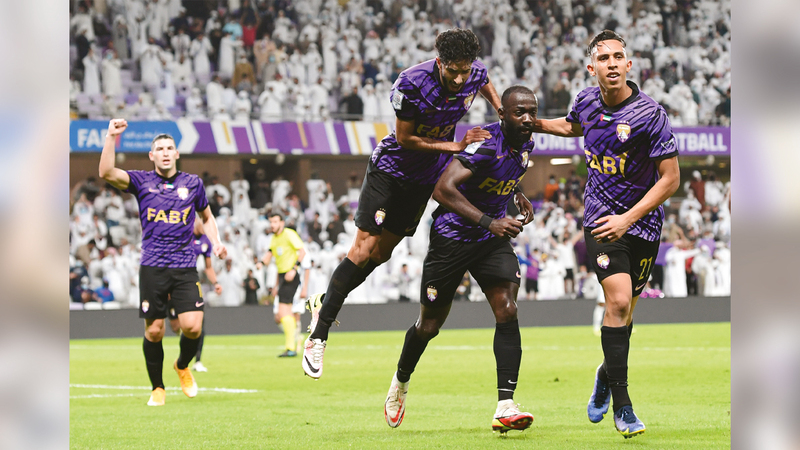 Al-Ain team won the Winter Champion title, after moving away from the top of the standings by seven points from its closest competitors, Al-Wahda and Shabab Al-Ahly teams, after presenting a wonderful technical level, and winning Al-Nasr by three, to confirm its superiority over Al-Ameed in two matches within four days, and also moved away Victory, in practice and in theory, out of competition, with successive technical crises continuing.

Al-Ain served itself by winning well-deserved victory over Al-Nasr, then received the gifts of others by losing Al-Wahda runner-up to the Kalba Union in the surprise of the 11th round, expanding the difference to seven points between the two teams, and Al-Ahly youth enters the competition with Al-Wahda, and behind them is Sharjah considered the best competitors, after the high level that He presented it, led by Romanian coach Olario Cosmin, and beat Baniyas by three.

Victory has become an unclear mystery every season, despite the potential and preference in contracts last season and the renewal of contracts, and then the level drops unexpectedly from stars who are supposed to be at the forefront of the competition for the league title, but the truth is the farewell to the President’s Cup championship, and the relegation in League table.

Al-Jazira returned after the break to be more creative, and without the team’s top scorer, Ali Mabkhout, as he succeeded in stopping the awakening of Khorfakkan, and winning it by four, in a match that witnessed the brilliance of the French player Diaby, who scored two wonderful goals and presented an outstanding level, while Al-Ahly youth team achieved the most important The victory over Al Dhafra with a powerful shot was enough to collect the three points in the match.

The good thing in the league championship this year is the presence of seven teams, including only five points, which increases the difficulty of their confrontations, especially the match between Ajman, eighth in the standings, with 15 points, with Al Wasl 10, with 14 points.

As for the relegation battle, it may be largely settled, after the Emirates booked the first seat with one point in 11 matches, which means the team needs a miracle.

“Emirates Today” monitored a question about the public’s opinion at the top of Al-Ain with a question on Twitter: “We shared the opinion, why did Al-Ain excel in the first round of the ADNOC Professional League, and leave it by a large margin in the lead despite the many absences? Four answers were monitored: the coach’s work, the quality of foreign players, the weakness of competitors, and administrative work.

During the vote of 183 participants, 38% confirmed that what happened with Al-Ain was due to the coach, while 36% chose the weakness of the competitors, 14% the quality of foreign players, and 12% the administrative work.

Sports analyst Khaled Obaid agreed with the public’s opinion that the Ukrainian coach, Sergey Rebrov, has great credit for what happened with Al-Ain, and despite the absences, the coach became more familiar with his team and players, in addition to the strong bench, where the reserve players became present A technical level is better than the basics, which means good preparation for the matches by the coach.

Khaled Obaid told “Emirates Today”: “The saying (the eye with those who attended) has already become a reality, after what we saw of a developed technical level, and in the presence of very impressive absences, but the team has become presenting a sophisticated ball, and there is a bench serving the coach. at any time in the game. As for the victory, it was not embarrassed, it did not present anything, there is no view or shape inside the stadium, with the level of foreign players significantly decreasing.”

He added: “The loss of Al-Wahda was the biggest surprise of the tour, and the Kalba Union team made wonderful assignments, which contributed to this form, especially the always influential player Ahmed Jeshak, who was surprised not to be in the national team so far, in addition to the experience of Habib Al-Fardan, and the coach as well.”

To see the top scorers and the standings of the teams for round 11, Please click on this link.