The FA extends Southgate’s contract until 2024 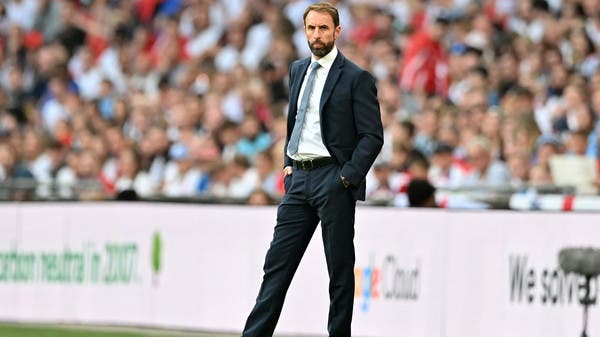 The Football Association announced on Monday that England coach Gareth Southgate has ended speculation about his future by signing a new contract that will keep him until the end of 2024.

Since taking over the job permanently in 2016, the former England international has revived the fortunes of the national team and led them to the 2018 World Cup semi-finals and the European Championship final this year.

And some doubts arose over Southgate’s future after his impressive work with the England national team caught the attention of several major clubs.

But the new contract means that he and his assistant Steve Holland will lead England in the 2022 World Cup in Qatar and also in the 2024 European Championship qualifiers.

Southgate said: “I am very happy that Steve and I continue in the position, we have a golden opportunity and I know the expectations of the fans for what this squad can achieve in the future.”

Southgate, a former Crystal Palace and Aston Villa player, started his coaching career with Middlesbrough in 2006 after ending his playing career there before taking over the England under-21 team in 2013.

Southgate officials found a safe alternative after Sam Allardyce left the national team after just 67 days in office. After Southgate impressed officials for a short period as interim coach, he was appointed by the FA as permanent coach for a four-year term at the end of 2016.

After the disgrace inflicted on England’s exit from Euro 2016 under Roy Hodgson, Southgate managed to lead England to become one of the best teams in the world and won wide praise both on and off the field.

England will be among the favorites to win the World Cup for the first time since 1966.